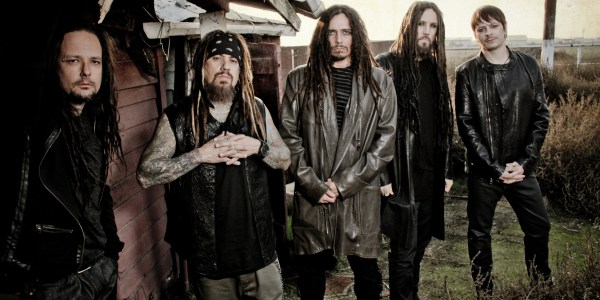 The last few weeks have had some huge album releases in the rock and metal world with new offerings from the likes of Alter Bridge and Dream Theater but for many people this one may be the biggest of the bunch; Bakerfields’ very own nu metal originators KoRn are celebrating the release of their new album The Paradigm Shift yesterday (October 7th 2013) in the UK and today (October 8th 2013) in the US.

Having reunited with original guitarist and founding KoRn member Brian ‘Head’ Welch for a series of great performances throughout Europe over the course of the European Summer Festival circuit, including a very solid performance at Download 2013 (review here), the band then returned to the studio. The end result was The Paradigm Shift, KoRn’s first album with Head since Take A Look In The Mirror.

Anyone purchasing the deluxe edition of The Paradigm Shift will also receive the Reconciliation documentary, covering the making of the album and Head’s rejoining of the band (more can be read about Reconciliation on our original story here). Anyone who hasn’t seen it may also wish to check out the video from the first single from The Paradigm Shift, “Never Never”, which can be viewed below:

KoRn recenty resurrected their Family Values tour for a one off Family Values Festival 2013 event which took place this past Friday in Denver, Colorado. KoRn are currently in the middle of an extensive American tour with Asking Alexandria.

The Paradigm Shift is out now through Prospect Park & Caroline International Records. Any further updates from the KoRn camp including any word of their next UK tour will be brought to our readers right here.