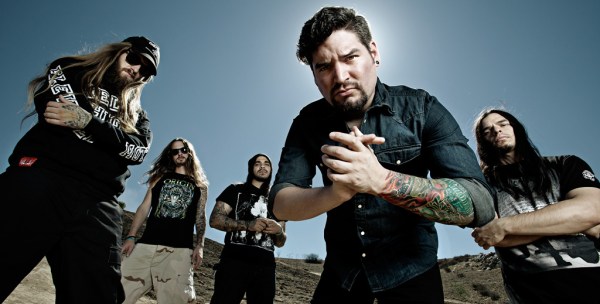 In what will be an emotional yet popular announcement, Californian deathcore metal band Suicide Silence have announced that next week (November 4th 2013) will see them return to the studio to start work on the band’s first album for two and a half years. The new album will be the first to feature the band’s new singer, Eddie Hermida, formerly of All Shall Perish.

Suicide Silence’s original vocalist Mitch Lucker passed away at the age of 28 after a motorcycle accident in November 2012. After a memorial show celebrating Mitch’s life and setting up a fund for Mitch’s daughter Kennedy to help pay for her education in the future, the band have taken their time about whether to continue or not and have now decided that Eddie Hermida is the man to help them carry on the journey they started with Mitch.

Guitarist Mark Heylmun had the following to say about the prospect of heading back into the studio for the first time without their former frontman:

“This record will be the grittiest, most meaningful piece of work we’ve ever stood behind. We cannot wait for everyone to hear it. Steve Evetts is someone we’ve worked closely with for a long while, not only on The Black Crown, but also on some instrumental demos just prior to the tragedy last Fall. Here we are a year later prepping to record the nastiest, heaviest, most disgusting work we’ve ever done. Expect the unexpected. This is for Mitch.”

Anyone who wants to listen to some classic Suicide Silence can check out a clip of them performing their song “You Only Live Once” below: