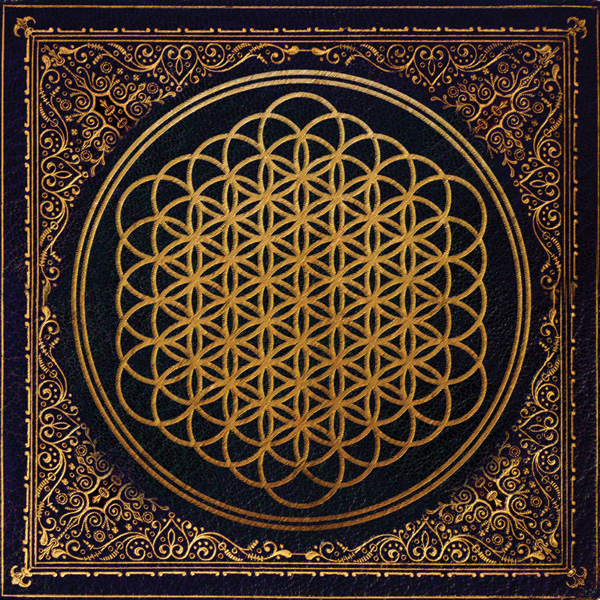 Overall Score: 9/10 Maturing As A Band: 10/10 Living Up To Expectations: 9/10 Vocal Variations: 8/10 Pros: Catchy Riffs | Great Song Writing Cons: That They Weren't Doing This Years Ago

British scream mongers Bring Me The Horizon are like Marmite. You either love them or you can’t stand them and want to smash Oli Sykes’ head in. Its fair to say the band have been involved in their share of controversy since they burst onto the scene in 2006. Surely by now everyone has heard the stories. It can’t have been easy for them; they’ve taken plenty of slagging on the internet, and even to their faces during their many performance on stage.

It is, therefore, with some trepidation that I pick up the band’s third album Sempiternal. However, thankfully, this album is a great big “FUCK YOU” to all the haters and non believers. You know that feeling when you get a new album, you listen to it, and immediately want to press play again? This is what I felt when I played through Sempiternal.

The influence of new keyboardist Jordan Fish  is apparent in the opening track, Can You Feel My Heart. Featuring an electric and eccentric mix of heavy and clean vocals, it’s an unusual take on the intro track that are becoming increasingly familiar with. It’s a positive improvement the band needed to make in order to grow, and mature, their sound. Sleepwalking is the radio-friendly song, with catchy riffs  and an excellent breakdown. First single, Shadow Moses, is the least inventive track on the record. The gang vocals are an example of experimentation done well. It was perhaps not the best choice for the first single, but it still does the job. Ollie Sykes’ raspy, throaty snarls may scare the crap out of some people, but there’s no denying that this is a powerful and enjoyable track. Somehow it simultaneously manages to frighten the shit out of you and make you sit back in awe.

Antivist, Crooked Young and Hospital For Souls could hardly be more different from one another. Antivist is a track full of pure hate, Crooked Young is marvelously erratic, whilst on Hospital For Souls Sykes even adds in some soft, soulful crooning. The surprising thing is that he does it wonderfully. Although he may not have the widest range, Sykes vocals are eerie and chilling to the core. However even with wonderful vocals, metalcore must layer them to thicken them to a strong consistency. The House Of Wolves does this, but it is perfectly balanced with a calmer chorus, yet it still manages to assault us with a blast of pure metal mayhem. And The Snakes Start To Sing is a metalcore ballad of sorts. Bring Me The Horizon definitely wanted to rearrange their image and prove they possess more talent than simple breakdowns and non-dimensional screams.

This is an album that has greatly boosted opinion of Bring Me The Horizon. Treading the line between their roots and commercial appeal in the hopes of bringing the genre into the mainstream, something we should all support. Gone are the scene-core kids that fit right into the trendy metal genre, today’s Bring Me The Horizon have expanded their scope, drives, and songwriting skills and produced an album which is nothing short of divine.

Sempiternal is out now on RCA Records. You can follow Bring Me The Horizon on Twitter at @bmthofficial.