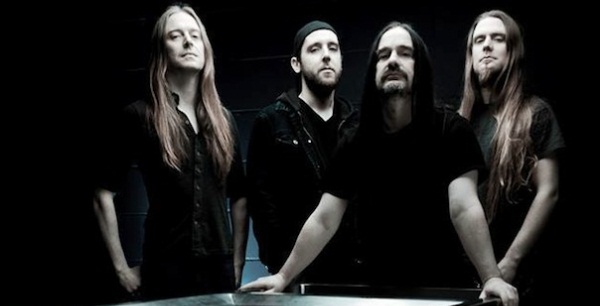 Carcass have had a stellar 2013. The band’s first new album in seventeen years, Surgical Steel, was released (through Nuclear Blast Records) to widespread critical acclaim, taking the top spot in various critics and fans “top albums of 2013” polls. They also turned in a show-stealing effort on the Metal Hammer Defenders Of The Faith IV tour alongside Amon Amarth, and are already making plans for 2014, including appearing on the annual 70,000 Tons of Metal cruise in the US next month.

Another event Carcass are signed up for is the inaugural Fear FestEvil, which is being organised by none other than Metallica guitarist Kirk ‘von’ Hammett! To help celebrate and promote Fear FestEvil, Carcass have released a new music video for the track “Unfit For Human Consumption”. The video is introduced by none other than Mr Hammett himself and also features former member of Carcass Ken Owen. Check out the video for Unfit For Human Consumption below:

More information about Fear FestEvil 2014, which will include performances from Carcass and their Nuclear Blast label brothers Death Angel and Orchid, as well as signing sessions and “Crypt” tours, can be found at the following location – https://www.eventbrite.com/e/kirk-von-hammetts-fear-festevil-2014-horror-convention-tickets-8942885411. Carcass’ album Surgical Steel is out now on Nuclear Blast Records and would make a great Christmas present for metal loving relatives or friends – a download link for iTunes is available right here – https://itunes.apple.com/gb/album/id680013390?affId=1634192.