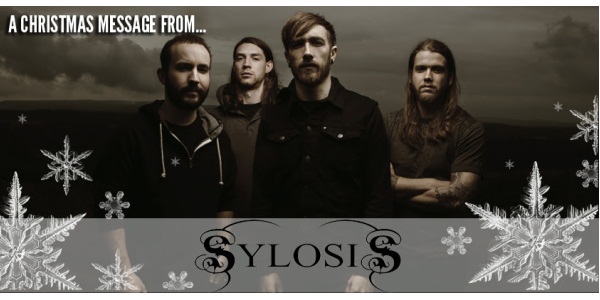 2013 has been quite the year of up’s and downs for Reading thrashers Sylosis. Having embarked on some of their biggest tours to date, such as the blistering set of shows they played with Killswitch Engage on home soil (the review of the London show that Rocksins went to can be read right here), as well as various festivals and the beginning of a US tour with metal heavyweights Trivium and Devildriver, 2013 was going swimmingly well. Then the guys suffered a horrible accident as their bus crashed on the road in the US, resulting in three of the band being hospitalised, having to pull out of the tour and some significant costs for medical expenses, rescheduled flights and all the nasty things you have to deal with when such things happen. Having put that behind them, the band played a handful of low key shows back on UK soil to round off the year. In the video below you can hear Sylosis main man Josh Middleton discuss the ups and downs of their year, as well as looking forward to 2014. Over to Josh:

Sylosis most recent album Monolith is out now on Nuclear Blast Records. You can follow Sylosis on Twitter at @sylosis.