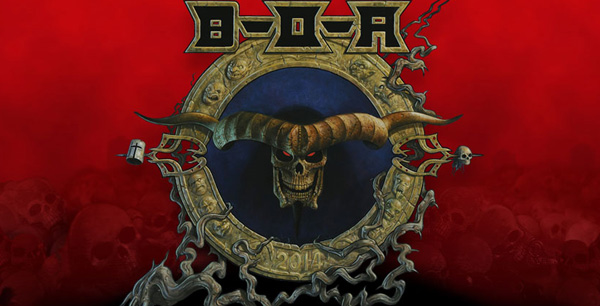 With the festival line up additions coming thick and fast with every passing week, it’s now the turn of Bloodstock Open Air to add to their 2014 roster. Things have been ticking over very well with new bands being added to Bloodstock every couple of weeks for quite awhile, and now the organisers have revealed the three bands who will be headlining the second stage at BOA, which this year as it is every year is named after and dedicated to Sophie Lancaster.

First up, Friday night will see Greek extreme metal veterans Rotting Christ take to the Sophie Stage. With over twenty five years experience of unleashing their unique brand of metal worldwide Rotting Christ will be a welcome addition to Bloodstock’s arsenal of bands. Here’s what Rotting Christ have to say about their addition to BOA:

“Proudly on the roster of one of Bloodiest festivals around! It will be an honour to perform for our English Metal brothers. Until then… KEEP THE TRUE METAL SPIRIT ALIVE!”

Not familiar with what a Rotting Christ show looks like? Here’s some footage of them laying Hellfest 2013 to waste:

Saturday night sees Sister Sin take on Sophie stage headlining duties. Another fine export from the Scandinavian metal heartlands, Sister Sin will be showcasing songs from their recent album Now and Forever, as well as a selection of their other favourites. Having recently been on the road with Motorhead and Arch Enemy to name but two, if Emperor aren’t your thing you’ve got a very good alternative in the shape of Sister Sin on Saturday night.

Sunday sees a blast from the past with reactivated NWOBHM group Satan filling headline duties on the Sophie stage. Having released their first new album in over a quarter of a century last year Satan are now bringing their songs to an entirely new generation of metal fans.

The team at Bloodstock have also released a brand new video trailer for the festival, and you can see that right here:

Rotting Christ, Sister Sin and Satan join main stage headliners Down, Emperor and Megadeth, along with Amon Amarth, Carcass, Lacuna Coil, Obituary, Hatebreed, Children Of Bodom, Saxon and numerous other bands with many more still to be announced at Bloodstock Open Air 2014. Tickets start from £130 and can be obtained from https://bloodstock.seetickets.com/. More updates will be forthcoming in due course and you’ll be able to read them here at Rocksins when they are announced. 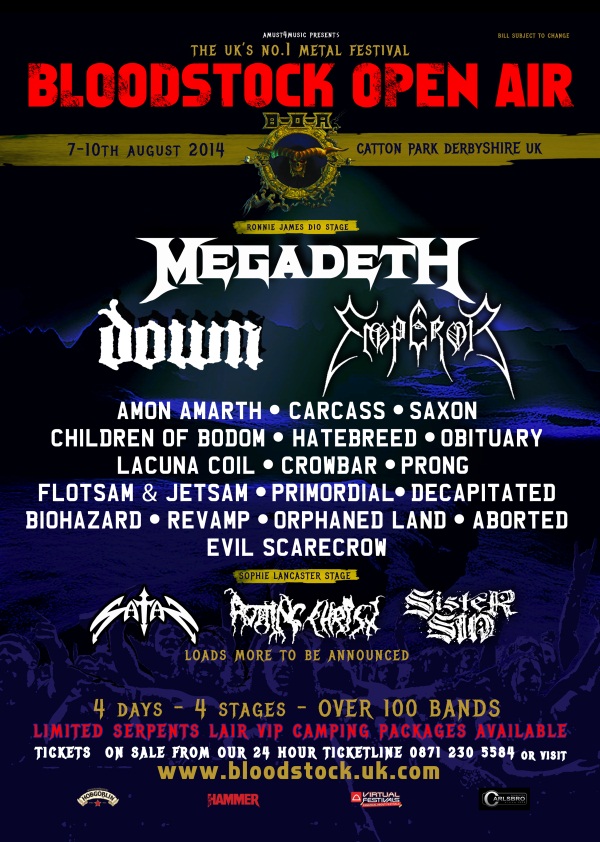 DOWN Confirmed as Second Headliners For Bloodstock Open Air Festival 2014