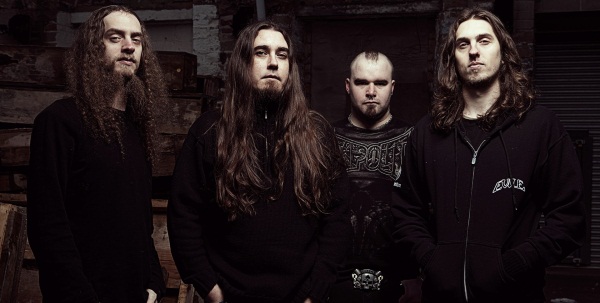 Occasionally one of our writers has a thought of such importance that they feel the need to write something a little more weighty; something a little more than a 500 word review. Such was the case when James sat down and wrote about the nature of influence and inspiration on bands today. Agree? Disagree? Read it and find out, then be sure to drop us some feedback and you might even see a few more rambles like this one in the coming weeks…

In a modern world of instant musical gratification and the huge amount of music instantly available, inspiration is always at our very fingertips. Unfortunately, the huge amount of bands also makes creative instinct secondary to generic tropes. The modern thrash movement is a particularly good example of this dearth of creative instinct amongst new artists. A genre that attained its creative peak in the 1980s has, for some, become little more than regurgitating musical tropes of thirty years ago. It’s no accident that one of the few bands still going strong of this modern thrash revival, Evile, made a decisive move away from the traditionally simplistic thrash of their roots for a more nuanced approach on 2011’s ‘Five Serpents Teeth’ and 2013’s ‘Skull.’ Similarly Skeletonwitch a band that have always been loosely affiliated with the thrash scene remain strong, largely because of their unique sound. Change is essential and only the most stubborn or artistically devoid bands can go on putting out the same album year after year. Progression is vital and, unfortunately, is an ability that a large portion of modern rock and metal artists seem to lack.

Modern music, and, examined specifically here rock and metal has, for many bands become little more deviation of the greatest bands of yesteryear. Bands such as Bury Tomorrow have reanimated the cadaver of metalcore. Although to give Bury Tomorrow their due, they’ve never claimed to be doing anything particularly new. Their growing popularity does show that for many modern bands originality has become secondary to song-writing ability. The greatest bands show that true inspiration comes through the blending of collective influences into your own sound; Lamb of God might display their Testament influences very literally when you compare the main riffs of ‘Laid to Rest’ and ‘Into the Pit,’ but they take the technical nuance and combine it with a modern groove to create an easily identifiable ‘sound.’ Similarly early Muse takes the off-kilter dynamism of Radiohead as its primary influence but also borrows from other influences such as Tom Morello and classical music to create a decisively unique sound. Early Metallica borrowed heavily from the New Wave of British Heavy Metal (NWOBHM) and blended it with the speed and energy of punk rock such as the ‘misfits.’ As with all disciplines of history, the history of music is one of progression; it would be strange for a jump in musical progression to be made from Black Sabbath to Meshuggah or, indeed Metallica with no development in-between. The best bands will consistently push genres forward by searching for a new sound from their influences; how else did popular metal evolve from Black Sabbath into Iron Maiden, Iron Maiden into Metallica and Metallica into Slipknot? All these bands are the product of what has come before. Progression remains vital to the life-blood of music.

Influence is far more than the aping of musical idols; it is the collection of musical preferences into a sound that is decisively the artist’s own. Not all artists necessarily need to abandon a fixed ‘genre;’ indeed, the old mantra of “if it ain’t broke don’t fix it” is an occasionally legitimate justification for the repetition of trends gone by. Aforementioned British metalcore act Bury Tomorrow are an especially good example of this. Last album ‘The Union of Crowns’ and their new song at time of writing, ‘Watcher’ are both solid amalgamations of the best parts of early 2000’s metalcore ala As I Lay Dying and Killswitch Engage. However, less impressively, modern music is littered with poor, carbon copy bands that don’t do anything particularly well, merely existing as shallow copies of superior acts. Stray from the Path’s latest video for ‘Badge and a Bullet’ is a fine example taking a Rage Against the Machine cast-off track that would be lucky to reach a B-Side and marrying it to a video concept that has already been done a gazillion times before. Similarly The Word Alive’s stale and by-the-books take on metalcore and with some fairly gimmicky electronic elements isn’t something that will ever last more than a few years. This is barely scratching the surface of the unimaginative, derivative, acts that populate modern music. Modern pop-punk (and I hesitate to include the word punk in that definition) has remained in a Blink-182 shaped time-warp for the best part of ten years. The best bands of the genre are A Day to Remember and Paramore who have transcended the label pop-punk and incorporated more diverse elements into their sound. It’s worth pointing out that now they’ve perfected their blend of poppy choruses and mosh breakdowns A Day to Remember show no sign of progression, and, with an increasing range of copycats could even have created the latest formula for bands of this ilk.

Although the modern music landscape is littered with derivative and artistically bland artists there is still a significant amount of invention. Metalcore, paradoxically while the source of some of the worst offenders is also a breeding ground for some of the more exciting heavy music of recent years. Architects 2009 album, ‘Hollow Crown,’ and 2011s ‘Daybreaker’ while, ostensibly, metalcore releases also incorporate post-hardcore and Meshuggah’s guitar tone. Similarly While She Sleeps popularity with ‘This is the Six’ proves that there is new creative life within metalcore. Then, of course, there’s the “nu-metalcore” genre. As implied by its name this combines nu-metals bounce and rapped vocals with metalcore and is best showcased on Issue’s Black Diamond EP or Bring me the Horizon’s stunning ‘Sempiternal.’ Both bands take different approaches to the sound; be it Issue’s R’n’B orientated approach or Bring me the Horizon’s incorporation of Deftones and Linkin Park. More to the point both bands have proved popular while also doing something very interesting and new. This movement that has only begun to flourish in the last few years is a good example of modern artists taking past trends and combining them into something current and exciting. It’s not just metalcore that has the best of new bands. Gnarwolves, again, while stylistically part of the pop-punk movement don’t adhere to standard tropes of the genre, instead, focussing on writing powerfully melodic songs without losing the punk attitude that so many artists seem to have forgotten.

Musical inspiration can thus be divided into two, broad camps; that of the assembler, the greats; the artists that will select the relevant elements of a broad range of artists and can mould it into something great and genre advancing. Alternatively you can have the derivatives, the bands that will exist solely within a certain genre abiding strictly by the tropes of the genre. Many genres remain proudly representing past glories. Metalcore, thrash, pop-punk, and the “retro” metal movement are good examples of this. Such acts, inevitably, generate only niche appeal. Warbringer may be well-known within the thrash community, often touring over in the UK but the sad truth is their last UK headline tour was at the Camden Barfly; hardly a high capacity venue for a successful US band. Similarly Bury Tomorrow might find they hit a glass ceiling in popularity soon; no matter how competently they may plow their rut the truth remains that it’s all been done before. Music needs to evolve but, at the moment a large number of genres, remain stagnant and derivative.

Agree? Disagree? Make sure us, or James know on @blacklabel666