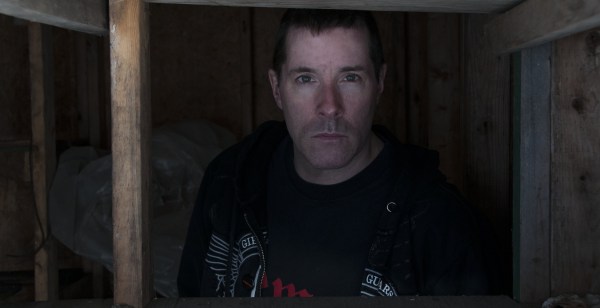 Back in the hazy week in the aftermath of Download festival last year we sent James to interview Jeff Waters of Annihilator. Now, we’ve already posted the first part about the excellent new album ‘feast’ but what follows is some of Jeff’s thoughts on some other matters, including how the ‘Metal’ album collaborations came about and Annihilator’s status in their home country of Canada. If you missed the first part of our interview with Jeff Waters you can check it out here.

You collaborated with quite a few contemporary guitarists on the ‘Metal’ album, how did that come about?

I knew some people, awesome people who are musicians in different bands and starting in about 2005 I did this roadrunner united thing in New York city; it was an album with all the various artists of roadrunner, past and present and I kinda went down to that show in New York and hadn’t realized that a lot of people knew my music, and some of them really liked what I’d done in the past, and that was a bit of a shock for me because I didn’t realize that. After I was all smiling, and happy and proud that I’d had some kind of an effect on some of these people that I idolized. It was like well, if these people like my music maybe I could ask some of them to play on my record just do a solo or sing on it or something and it was amazing, twelve people came on there and I didn’t have to pay anyone, it was not like the manager saying “you need to pay them five thousand dollars for this solo” they all agreed! All the companies that they were on, the record companies all went “yeah, sure, go for it! Have fun!” gave me permission to do it which is unheard of. Labels usually want some money for it and basically it was just friends of mine who like my music and I like their music jamming on the record so it was amazing!

Is that the only time you’ve really done a lot of collaborations on your records, do you tend to keep it just to you?

Yeah, that was it, I’ll only do that once except there’s a song on the new record called ‘Wrapped’ and that ones written by a Toronto, Canada artist called Danko Jones- he’s kinda hard rock, punk rock, rock and roll and he’s a big metal fan but that’s not what his music is with his band. But he’s really popular in Scandinavia and parts of Europe and I did a song with him and Angela from Arch Enemy on that album we were talking about and this guy was so awesome I said can you write some lyrics and sing on this song? So on the Wrapped song its Danko Jones singing. That’s it though, I mean I don’t think I’ll do a guest thing again.

Are there any songs that you’ve written you’ve gone off because you don’t like because you’ve played them live so often?

Pretty much live, the song Alice In Hell, for a few years I just tried to drop that song because I was so sick of it but then you realize; wait a second, there’s certain groups of people that know all our records, or just some of them or different periods in our career and there’s some people that just like the earlier stuff and I realized when I dropped that song I kinda understood. Its like if Judas Priest dropped a few of the songs that I’d want to hear or Slayer did, every time I went to the concert they barely ever played that song, like last night, Motorhead better play ace of spades but then I brought it back. I don’t hate that song anymore its great to play live and watch the people jump around and have fun. But there’s a lot of songs I like that we keep playing all the time and then there’s some songs and albums when I finished the record and a year later I look back and go oh my god, that’s such a bad song or it could’ve been much better.

Would you ever try and rework those older songs?

Actually sometimes I don’t realize it but I steal little parts of old songs, I don’t even realize I’m doing it! Usually my singer Dave points them out and goes like “You stole that from your own song, four albums ago” like, really? Oh shit.

Did you feel at a disadvantage being in Canada?

It’s not a thrash haven or anything! For sure, technically being in Europe would be fantastic, but at the same time Canadian bands seem to have something different, you look at every kind of music – Brian Adams to Rush to Devin Townsend to Voivod to, err three inches of blood to, ehh Avril Lavigne and Sum 41 – all the different styles of music they have some unique sound and that’s I think its because in Canada I think we live right between the UK and the United States so we kinda get a blend of those two influences. Stuff coming the US we hear all the time and stuff coming out of the UK comes right over to Canada so it gives you a different set of influences.

There’s increasing amounts of Canadian metal bands breaking out like Cancer Bats do you think you had anything to do with that?

Me? No. No, no no and I’m not saying this because oh yeah look at my ego look at these people that listen to my music but, the people that have come up to me in the past 7/8 years now that I’ve been finally out of the house and studio and networking and keeping in touch with people which is what I didn’t do before, its US and Europe bands and UK bands, like there were a bunch of other bands from the UK that were y’know like Bullet For My Valentine and just some other bands that have said they really liked certain albums of ours, and Trivium, and Lamb Of God and all these different bands but mainly its in Europe and I don’t think so much Canadian metal bands because there’s a lot of Canadian bands and musicians that have never heard of my band because we haven’t had any push in Canada ever, so it seems to be coming from a bit of US and mostly European.

Why do you think there’s more of a European appeal?

Well as far as the push goes in support and backing that’s just a Canadian thing because we went outside of Canada to sign our first deal with Roadrunner and Canadian business in general they want to sign you to the Canadian deal and make you famous. Its an ego thing, they wanna be the one that discovers you so when I went outside to get the first album we did in ’89 which went very big the Canadians just turned their back because they couldn’t make us popular; we were already signed to someone outside  so we were kinda, excuse my language but fucked as far as support from the Canadian industry, from the very first album so journalists in Canada will be asked all the time by people “but what about annihilator, what about them?” and they just don’t even do anything. Sam Dunne, the guy who did headbangers journey – he did a big chart in there with all the different bands – we weren’t mentioned. He’s from Vancouver and that’s where we did most of our career – in Vancouver. WE weren’t even mentioned in there at all and the reason why we should have been mentioned isn’t because we’re like important in all this stuff it was because we were form Vancouver, we were from Canada and we’ve sold more records than any band in metal from Canada. But Canadians don’t know that.

So you don’t have much of a fanbase in Canada?

Just the real metal heads, now we’ve got the internet so if they didn’t know us before now they’re finding out about us and they’re like “ahh cool! These guys are from Canada too! There’s so many good bands everywhere. Its just the Canadian hardcore metal fans who like all the Kreator, Destruction or Slayer – they found us through the internet.

So you don’t get to focus on Canada too much?

No I just don’t bother. We’ve done some festivals and shows and we always play a club show before we go on tour but unless the labels willing to help us financially to just put something in the stores then we won’t do it. Its just a lose money thing because promoters won’t book us, record companies won’t get interviews, record companies won’t put CD’s in the stores  so even though we love to play for them we lose money. Losing moneys not a good thing, although this time around with this new deal we may be able to start touring in Canada with this new deal we signed, EMI/UDR label signed that may actually be the first time we come back.

Do you have a favourite new, up and coming band?

That’s a tough one, well my singer Dave plays me a lot of stuff by different bands after I listen to them, I don’t really listen to a lot of music anymore because my life is either in the studio or on tour doing this stuff, going to concerts whatever. So I really don’t listen to any music in my off-time anymore for quite a long time. But y’know when bands who are friends of mine – Trivium or Bodom or Lamb Of God put out a record or all the bands Dave likes, he’ll make me listen to some songs and I’ll listen to them. I do listen to different bands but not a lot of new stuff.