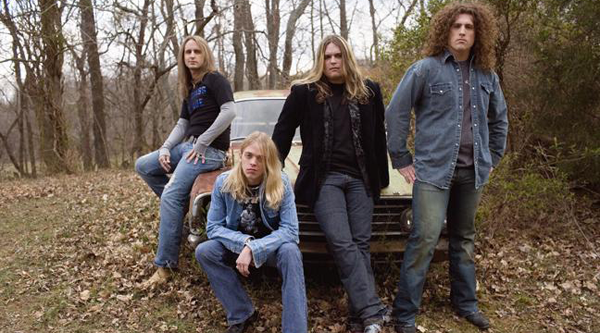 US Southern rockers Black Stone Cherry have been hard at work in the studio, creating their fourth studio album and their first since 2011’s Between The Devil & The Deep Blue Sea. To coincide with their very special intimate UK tour which is currently going on, featuring fan requested setlists and q&a’s with the band, they’ve released the first song from their upcoming new album, which is going to be titled Magic Mountain. The track is called Me & Mary Jane, and can be heard below:

“Not since before our first album have we felt the freedom and confidence that we felt while writing and recording this one. After touring the world behind three previous records that we are extremely proud of, we feel this album best captures the live energy, honesty and vibe that encompasses our true musicianship.”

Magic Mountain will be released through Roadrunner Records on the 5th of May 2014. Any further updates from the Black Stone Cherry camp including any airings of more new music will be reported here as and when appropriate.