You might remember James’s article a few weeks ago on inspiration and influence well he’s been at it again. This time with relation to our relationship with lostprophets music in the wake of Ian Watkins imprisonment. Although you can apply it to any number of cases in recent years.

The arrest, trial and subsequent imprisonment of lostprophets frontman, Ian Watkins hardly needs any more description. I’m sure most, if not all, of those reading will have heard the numerous reports circulated about his (obviously horrific) crimes. Part of the main response to this that I have noticed amongst fellow rock fans is the exclusion of much of lostprophets music from their listening habits. Largely, it seems to me, as a knee-jerk reaction to the horrifying charges against Watkins. The principal question that will be tackled here is, should an artist’s work be viewed separately from their individual actions? Or, in simpler terms “is it still acceptable to listen to lostprophets?”

The first thing to set out is that this is absolutely not an article supporting Watkins or, indeed, condoning his actions. I am not even a particularly big fan of lostprophets and would not have been upset if they had split up under more normal circumstances. Sure, ‘Start Something’ is a great album but over the past few releases the band stopped progressing and became stagnant. Do I still listen to ‘Start Something’ now and again? Absolutely. It’s a great album filled with some fantastic nu-metal tinged rock songs. Has the quality of the songs been eroded by the revelation that the man who sang them is a convicted paedophile? Does the action of one sixth of the band affect the artistic integrity of the whole? I’d hope you’d already answered these questions with a resounding no. Lostprophets as a group of musicians are wholly blameless.  Of course, it’s understandable that Watkins’ actions are linked to their music, after all, he was the charismatic frontman every rock band needs and as such a major part of their success. But it is illogical to examine the artistic quality of lostprophets based upon actions in non-music related areas; no matter how serious these may be. Is listening to lostprophets supporting Watkins and all he believes in? No, it’s supporting good music, pure and simple.

The hypocrisy of a large section of the media upon the death of Michael Jackson shows how much these things are based on perception. Where Jackson was once a suspected paedophile he became, upon his death, immediately catapulted back upon his pedestal as the “king of pop.” It is a common thought process that links an artist’s integrity as a human that links them, intrinsically to many with the quality of their artistic endeavours. Although Jackson was, of course, not actually a convicted paedophile it is still a useful case to illustrate how even allegations of wrongdoing can be treated; and how influential the media is on public perception of such figures. On his death Jackson was, once again, restored to prominence as ‘king of pop.’ Of course, there are cases where character will seep into an artist’s music; especially lyrically but lostprophets were not an underground Black Metal band; they achieved two UK singles charts top ten hits over their career (that’s two more than Burzum.) So what is it that once made lostprophets such attractive music that is so discomforting now? Sure, if you never liked them then feel free to keep on not listening to them. This isn’t directed at those people, this is directed at those people that loved lostprophets but, for entirely non-musical reasons have turned away from their music. There’s no hiding that Watkins crime were perverted and sick but that doesn’t hide the fact that lostprophets were a damn good band.

At the end of the day I don’t want to preach. The way we enjoy music is all individual but if we judge a piece of art by the creator’s integrity then we’ve got a very, very slim list of artists to listen to. Human beings change; what they felt, valued and did five years ago could be very different to what the reality is today. Do we judge every artist’s by their actions in the past? Ronnie Radke spent several years in prison for battery yet his band ‘Falling in Reverse’ have a huge following on both sides of the Atlantic, this despite Radke’s increasingly erratic behaviour. Vince Neil of Motley Crue served fifteen days in jail for killing the Hanoi Rocks drummer while driving under the influence of alcohol yet have Motley Crue become a Pariah to their fans? People do horrible things, intentionally or unintentionally yet should we condemn their art because of the individuals actions? By all means condemn the individual, yet does their music become unlistenable just because they were a portion of the musical machine that created it? Music should exist independent of its creator; no matter how awful their crimes. Granted, for crimes of the nature of Watkins it can be easily said than done but it is, nonetheless, an essential part of our relationship with music that must never be overlooked.

If you want to give James feedback on this piece, you can find him on Twitter at @blacklabel666. 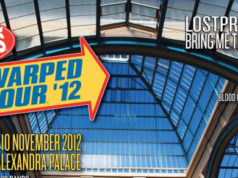 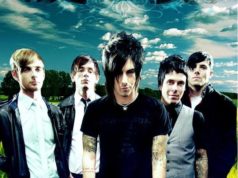