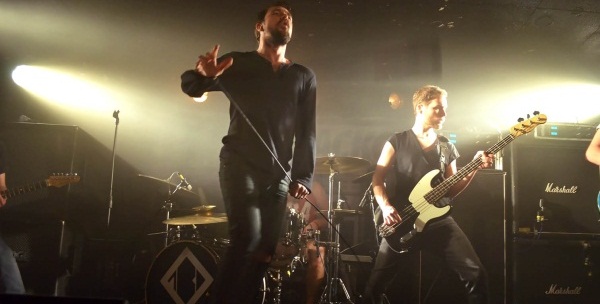 Welsh top rockers and industry favourites The Blackout returned in spectacular form to a sold out show at Glasgow’s King Tut’s Wah Wah Hut on Wednesday the 23rd with support from Rat Attack and Lost Alone. Rescheduled from the original tour dates in October due to lead singer Gavin Butler taking ill mid-tour, the band were back with a bang and more energy taking the excited and eager Glasgow fans by storm.

Opening with an old favourite from their 2006 EP, “I’m A Riot, I’m A F*cking Riot!” got the crowd’s blood pumping with both Sean Smith and Gavin Butler simultaneously jumping into the crowd minutes on stage. The hour and 20 minute show contained many favourites such as “Ambition is Critical”, “We’re Going To Hell…So Bring The Sunblock” and “Higher and Higher” to name but a few, along with a heartfelt thanks made by Sean Smith introducing 2011’s widely successful album “Hope” expressing the band’s thanks for fan’s dedication and support of their music through the years allowing them to do what they love.

When The Blackout performs in Scotland there are expected insults from Sean Smith and he did not disappoint, jokingly calling Scottish fans “heroin addicts and Scotch whiskey drinkers” delighting fans who echo their cheers around the cramped venue as they all clambered to get closer to the front. A highlight and tradition at The Blackout shows is the signature moment during the “Save Our Souls” breakdown in which every member of the crowd crouches down along with members of the band and erupt back to life for the final chorus. It always goes down well with everyone screaming their lungs out and losing themselves in the atmosphere and tonight was no different!

After the ticket mix-up at the start of the month forcing the gig to be moved from The Garage to the smaller, but more atmospheric and world renown King Tuts, The Blackout managed to have a more intimate and, dare I say, better gig as they were performing in front of dedicated and loyal fans who admire and look up to these 6 men. Hopefully the loosely titled “Final Party Tour” doesn’t mean fans will have to miss out for too long.

Check out our exclusive photo gallery of The Blackout and Lost Alone from the show below: 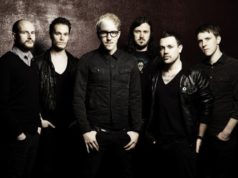