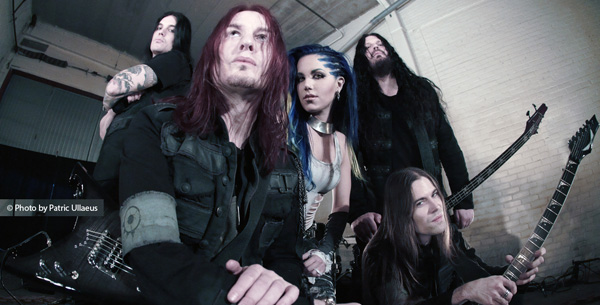 As promised by the band themselves, today, 20th March 2014 marks the debut of Arch Enemy’s title track to their new album War Eternal. This is the first song to feature the band’s new singer Alissa White-Gluz, whom it was announced on Monday would be replacing Angela Gossow on vocal duties for Arch Enemy after twelve years. Rock Sins have watched and listened to the video a few times and we’re pretty damn impressed with Alissa’s efforts but don’t take our word for it, enjoy the new Arch Enemy and War Eternal for yourselves below:

Chief songwriter and main man of Arch Enemy, Michael Amott had this to say:

“This is a day to remember. It is such a great feeling to come back with new music and to unleash the first single and video off ‘War Eternal’. Behold the first chapter of the new Arch Enemy saga… This is f**king war!”

War Eternal will be released in early June through Century Media Records worldwide and Trooper Entertainment in Japan. More information about the new incarnation of Arch Enemy including more new music will be brought to our readers as soon as we have it.