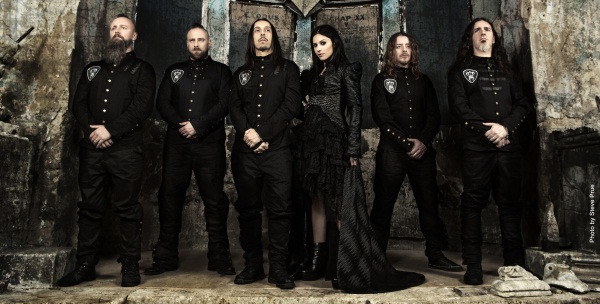 Currently on the road across the US as part of the somewhat controversially named Revolver Magazine “Hottest Chicks in Hard Rock Tour”, Italy’s most famous metal export Lacuna Coil have a new song and lyric video for everyone to enjoy ahead of the release of their new album. The song, entitled “Die & Rise”, is taken from Lacuna Coil’s forthcoming new album Broken Crown Halo, which hits the shelves in just a couple of weeks time (Monday 31st of March for those of us in the UK).

Broken Crown Halo will be the last Lacuna Coil album to feature two of the band’s longtime members, guitarist Cris ‘Pizza’ Migliore and drummer Cristiano ‘CriZ’ Mozzatim, who have decided to retire from the band for family and personal reasons and commitments. Without anything further from us, check out the lyric video for the new song Die & Rise below: