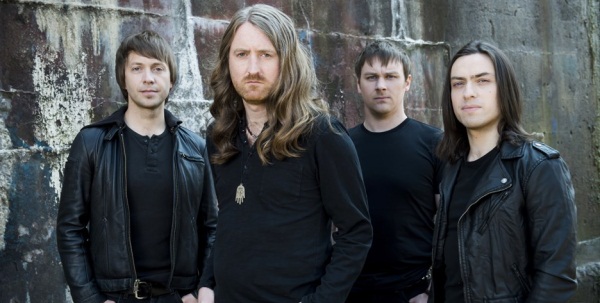 Hard rock heroes The Answer jaunted down to the Essex coast to visit my home town of Southend as part of their Road Less Travelled tour, playing at the legendary venue Chinnerys.

Supporting The Answer were energetic local up-and-comers Minerva Falls (7). Their style was a perfect fit for the evening, delivering hard rock tunes getting the crowd in the mood with a highly charged performance. Their captivating front man did his all to engage the audience with confident vocals getting them rocking along from the start, great to see from a band not many of the audience would have heard of prior to tonight getting a great reception.

It was not long though until The Answer (8) came on to cheers of an obvious hard-core following, launching straight into the tour title track Road Less Travelled. This song unfortunately wasn’t the cracker I was hoping for to start off the set but luckily that was the exception to an otherwise flawless performance. From the second song (the awesome New Horizon) onwards, the set was delivered with energy and quality, increasing on both fronts with each song.

The set brought a strong mix of new and old, with plenty of songs from their September release New Horizon including Speak Now and Spectacular. No matter what songs they played though, they were delivered with tight catchy beats and rhythms, and impeccable vocals throughout. Each song making you want more and more, very accessible that if you had never heard the band before you would still love the whole thing.

The band’s attitude is possibly what added the most to the evening as they came across as a genuine group of down to earth and humble guys who just enjoy playing music. Vocalist Cormac Neeson referenced the last time they played the venue, 7 years ago as a support act to only a handful of people. They were clearly chuffed to be back, playing to a packed out place full of happy fans and returned the appreciation with a great set, it was also good to see the band stay behind after to meet the fans.

The Answer’s Setlist At Chinnerys Was:

The Answer’s Road Less Travelled tour continues throughout March across Europe; check it out if you can.