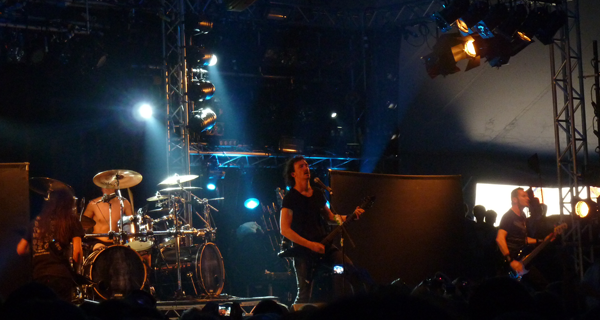 Often known for their dazzling visuals and artwork as well as their blistering performances and all round metal brilliance, France’s finest ever metal export Gojira have released a brand new music video for the track Born In Winter. The song is one of the final tracks on Gojira’s 2012 brilliant album L’enfant Sauvage, which the band have been touring in support of heavily for the last two years. Without anything further from us, check out the Lost In Winter video below:

Gojira will next appear in the UK opening the main stage of Sonisphere Knebworth in Hertfordshire on the final day of the festival in July 2014, appearing alongside The Devin Townsend Project, Airbourne, Mastodon, Reel Big Fish, Alice In Chains, Dream Theater and headliners Metallica (sounds like a great day to us!). Any further Gojira news will be reported on Rock Sins as and when we have any. Anyone who hasn’t seen Gojira live in the flesh before should check out our report on when they visited London back in November 2012 and almost razed Koko to the ground with their awesomeness.