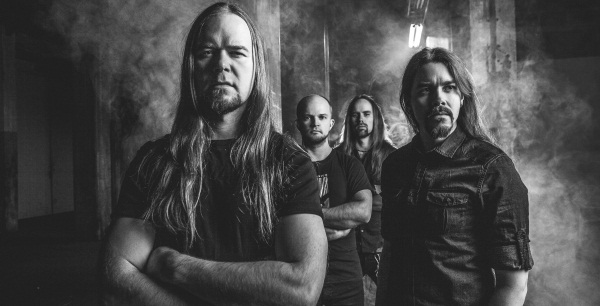 With the release of their brand new, eagerly awaited album Shadows Of The Dying Sun just days away, Finnish melodic death metal craftsmen Insomnium have revealed an absolute monster of a song from the album. Entitled Black Heart Rebellion, this song pushes the boundaries of melodic heaviness on a grand scale. Even those familiar with Insomnium’s soaring soundscapes might be surprised and delighted with this one. Listen to Black Heart Rebellion below:

Insomnium vocalist Niilo Sevänen had the following to say about the song Black Heart Rebellion:

“Black Heart Rebellion is maybe the most brutal song we have ever done. Violent, epic and massive are the words that come to mind when describing the atmosphere here. Surely this is something different for us, and personally one of my favourite songs on the album!”

You can also keep up with the band on Twitter at @InsomniumBand. Further updates from the Insomnium camp including a review of Shadows Of The Dying Sun will follow here at Rock Sins in due course.