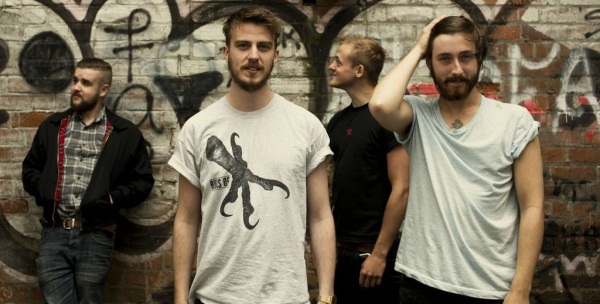 Having previously served as a warm up act for the likes of alternative and indie bands such as Feeder and Dinosaur Pile-Up in recent times, Belfast alt-rockers More Than Conquerors are heading back to the UK mainland next month for a full headline tour. Having received backing from mainstream UK radio including BBC Radio One, this is More Than Conquerors biggest UK headline tour so far, with eight shows across the length of Northern Ireland, England and Scotland, finishing up in Glasgow at the end of May. Full details of the tour can be found below:

Tickets can be obtained from Seetickets.com and various other online providers, as well as from the venues directly. Recommended for fans of Jimmy Eat World, Twin Atlantic and Biffy Clyro, More Than Conquerors might well be your next new favourite band. Check them out and get along to a show. More Than Conquerors début album Everything I’ve Learnt is out now on Smalltown America Records. You can also follow the band on Twitter at MTCOfficial.