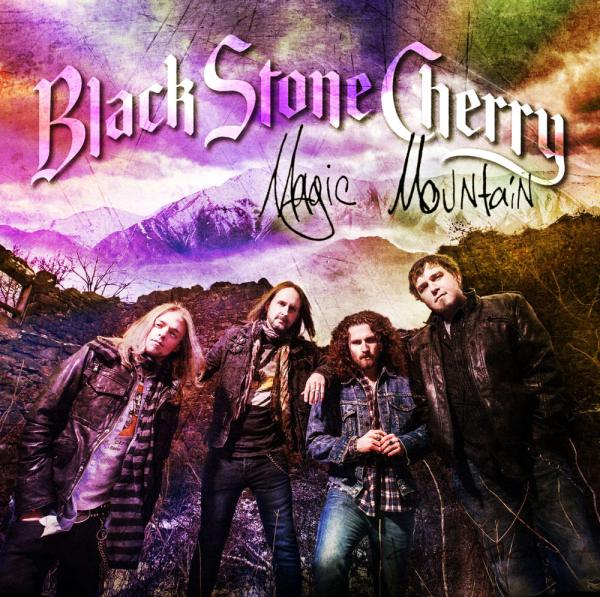 It seems amazing that hard rock has survived as long as it has. Sure, everyone has their sing-a-long favourites of old, but by modern rock standards you would have expected some development. Regrettably, the bands of today who hark back to those good ol’ days haven’t really changed it in a great way. Many however seem to be content sticking to the middle of the road which, given how rock is meant to be the alternative, doesn’t make a lot of sense.

Of course that isn’t true for every band. Black Stone Cherry, despite being fairly standard musically, have managed to create an air of cool around themselves. The southern rock troubadours have not exactly changed the game in anyway, but over three studio albums they have become synonymous with fun loving rock n roll, and so far that has served them perfectly well. Now back with a fourth album, you won’t be surprised to hear that little new is on offer.

Magic Mountain is a title that subtly suggests at some of the lyrical content, while tracks like Me and Mary Jane help to spell it out. There are a couple of other hints to the hallucinogenic, but mostly it’s your usual fare of girls, partying and good times at home. Fiesta Del Fuego is an ode to drinking all night, and Hollywood in Kentucky a celebration of the simple life. Neither really inspire more than a soft swaying of the head, but there is the sense you’d be singing along to the choruses if they came on in a club, or you were at the a gig.

And there are other good moments on this album. Peace Pipe has a great swaggering riff while Bad Luck & Hard Love is a classic headbanging opener, as well as being a perfect showcase for Chris Robertson’s gravelly southern voice.

Individually the tracks are solid, but as an album they aren’t particularly exciting nor are they going to win any new fans. But as previously mentioned, Black Stone Cherry aren’t innovators, they’re just a cool band who play cool songs. For the majority, that’s enough, and far be it from anyone to tell them that’s a bad thing.

Magic Mountain is out now on Roadrunner Records.