We’ve all known it was returning to Download for another year, but it’s now finally been confirmed that the Jägermeister Acoustic Stage is back at Donington in 2014. Download 2014 will see a wide range of talent grace it’s acoustic sitting, including bands who are renown for putting on specialist acoustic shows such as prog rock heroes Anathema and punk pop royalty Bowling For Soup. Alongside them will be a wealth of talent including former Reuben main man Jamie Lenman, now firmly established as a solo artist in his own right equally adept at the soft and the heavy. Joining them will be The Wildhearts main man Ginger Wildheart, Irish classic rockers The Answer and InMe’s Dave McPherson who’s known to have a folk style tune or two up his sleeve.

If that’s not enough, Queens Of The Stone Age bassist Nick Oliveri will appear on the Jägermeister Acoustic Stage at Download this year performing a solo set, as well Toby Jepson of Little Angels and Gun fame. Renowned acoustic multi-instrumentalist Jon Gomm will be making his Download début in 2014, as well as another fine export from Sweden Mia Klose and an artist known as “the one man math rock machine” Theo.

Away from the acoustic stage, California retro rockers Rival Sons have also joined the main festival line-up, with an appearance booked in for Friday on the Zippo Encore stage. Friday also sees two more bands join the line up, Southern “fuzz rockers” Bloody Hammers join the collection of bands in the Red Bull tent and I Am Fire will appear in the Pepsi Max Tent.

With Download Festival 2014 now less than six weeks away, plans are firmly in place for the village. The Doghouse will be back in place for various themed club nights and DJ appearances, and there are various other things in the mix which are being kept slightly more secret for now – previews have been promised if you keep an eye on the Download Tribes Facebook App and the Download Festival social media in general (Twitter – @DownloadFest).

Tickets for Download 2014, headlined by Aerosmith, Linkin Park (performing Hybrid Theory in it’s entirety) and Avenged Sevenfold with a cast of over 100 other bands are on-sale now at the official festival website www.downloadfestival.co.uk. Stay tuned for lots of build up and previews of Download 2014 as we get closer and closer to the UK’s annual pilgrimage to Donington! 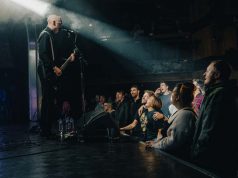 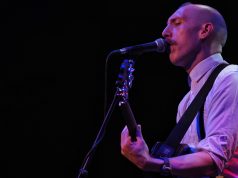 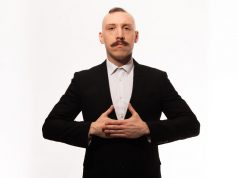