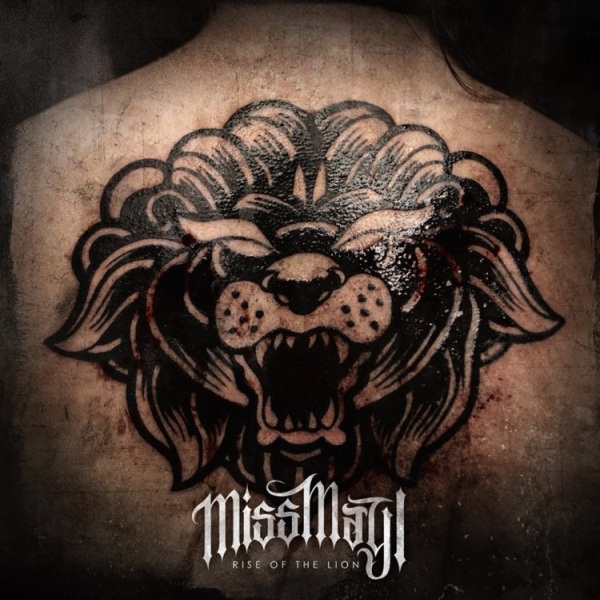 Overall Score: 8/10 Riffs: 10/10 Melody: 9/10 Evolution: 8/10 Pros: Mixes up the Miss May I formula | Constantly catchy riffs or vocal hooks Cons: Can feel constrained by a sense of formula on select tracks

It has always felt as if Miss May I have stuck tirelessly to the same template for each of their albums meaning there really isn’t that much diversity in their back catalogue. Latest release ‘Rise of the Lion’ changes that. Breaking from the metalcore formula much more than on previous records serves ‘Miss May I’ well, creating a more than competent modern metal album.

Whereas before Miss May I kept strictly to a formula consisting of clean guitar-shouty bit-clean chorus-shouty bit-yougetthepicture ‘ Rise of the Lion’ changes this up on several occasions. There is a much bigger focus on delivering massive hooks in both the music and vocals with clean vocalist Ryan Neff often producing memorable choruses on lead single ‘Gone’ and ‘Lunatik.’ In the past there seemed a certain tendency for Miss May I to rely too heavily on these choruses however tracks such as ‘Hero with no Name’ prove they can do just fine without. In fact, it’s the latter tracks that showcase some of Miss May I’s new influences that work themselves into this album; they might still have a very heavy Killswitch Engage influence to the point that the main riff on opening track ‘Refuse to Believe’ sounds suspiciously like ‘In Due Time’ but, there’s a much broader modern metal palette applied on ‘Rise of the Lion.’ Aforementioned rager ‘Hero with no Name’ picks up some heavy Lamb of God influences while some of the more melodic guitar work sounds like Ascendancy era Trivium.

Additionally the production job by super-producer Terry Date is fantastic. Having worked with bands like Pantera, Deftones and Bring Me the Horizon over the years he obviously knows how to record huge grooves and ‘Rise of the Lion’ again proves this. Both his name and excellent as ever production job have lent Miss May I serious credibility beyond the scope of the upstart metalcore-soundalikes they often seemed to be.

The negatives? Well, Miss May I clearly have a lot of talent and they’ve obviously made an effort to break away from their traditional formula but it still feels like there’s a definite “recipe” to the construction of several of the songs. Rise of the Lions best moments are where Miss May I’s ideas are not forced into a restrictive formula such as the subtle interweaving of harsh and clean vocals on ‘Echoes’ or the full-blooded metalcore assault of ‘Hero with no Name.’

Regardless, on ‘Rise of the Lion’ Miss May I have crafted a slick, powerful and catchy modern metal album very much in the realm of early Bullet for my Valentine. For those who thought last years ‘Temper Temper’ was a bit of a disappointment ‘Rise of the Lion’ is sure to be a worthwhile purchase. Sure, this record isn’t going to convince everyone and I can hardly see Immortal or Behemoth fans flocking to it but it has certainly put Miss May I one step closer to becoming the excellent modern metal band they’ve always shown the potential to become. It will be interesting to chart this bands progress over the next few years.

Rise Of The Lion is out now on Rise Records.