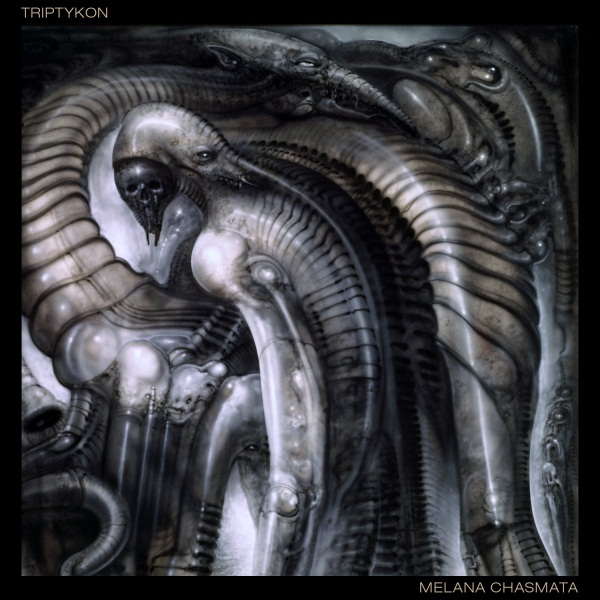 Tom G Warrior has always been at the forefront of progress; constantly creating challenging, boundary altering music. After the unfortunate demise of Celtic Frost his latest project, Triptykon arose from the ashes with the monolithically heavy ‘Eparistera Daimones.’ One of, if not the most heavy albums of recording history (and I don’t say that lightly) Eparistera also maintained a sense of towering majesty amongst the montrously heavy riffs.

On first listen Melana Chasmata might contain many of the same song-writing nuances and methods; even the same guitar tone but make no mistake it is dramatically different from its predecessor. Where Eparistera made good use of strategically placed grand piano sections to alleviate the tension these same sections in Melana Chasmata are dominated by haunting Isis-esque post-metal atmosphere. It’s not got quite the same towering majesty of Eparistera but nor does it need to because Melana Chasmata ploughs out its own furrow. It’s a grittier, more visceral offering than its predecessor and at first might be hard to keep with; especially for fans of Eparistera’s grander touches. As with all the best music however Melana Chasmata requires perseverance. Comparing it to Eparistera Daimones is almost a negligible argument. Both are excellent just in different ways much like both albums are dramatically different insights into the minds of their creators.

If there’s anything that could be picked out in a negative light about ‘Melana Chasmata’ it is that the second half slows the pace down a lot. Melana Chasmata’s faster, more thrash influenced tracks are loaded into the front half of the album leaving the crushing doom atmosphere of ‘Aurorae,’ ‘In the Sleep of Death’ and ‘Black Snow’ for the album’s second half. This does lead to the album dragging a little bit by the end of ‘Black Snow’ but really this is just nit-picking. Melana Chasmata demonstrates that Warrior (and Triptykon as a result) remains just as artistically forward thinking and on top of his game as ever.