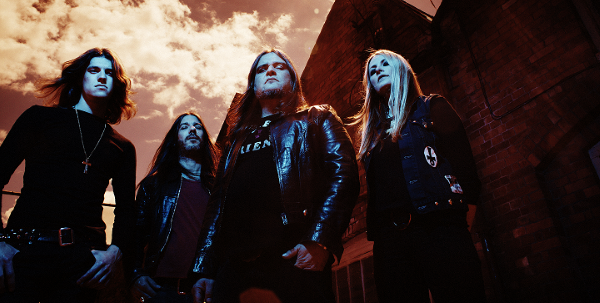 UK masters of doom metal and favourites of the UK metal underground, Electric Wizard, are set to take a gigantic leap towards more recognition this September when they release their next album. The record, entitled “Time To Die”, will be the band’s first album since inking a worldwide record deal with renown rock and metal label Spinefarm Records. The album will land on the 29th of September and is the eighth album to be unleashed by “the masters of aural punishment”.

To begin the build up to the album the first song to be revealed from the album, titled I Am Nothing, has had a music video recorded for it, and has been released exclusively over at Electric Wizard’s official website (link to which is below). Electric Wizard’s guitarist / singer Jus Osborn has commented that I Am Nothing harnesses the underground death metal spirit of 1984, one of metal’s best years in the eighties:

“It was the year I became a metal-head. It was heavy shit for real – there was no way you were ever going to get a decent job. So I became a Satanist, I dug up a grave, I got into tape-trading, I had a one-man noise/black/death metal band called Regurgitated Guts, and there were loads of documentaries on TV warning us not to listen to the devil’s music…”

Anyone who wishes to get involved with the pre-order of Time To Die should head over to the official Electric Wizard website www.electricfuckinwizard.com where an array of bundles involving Vinyls, CDs, T-Shirts and other fine wares can be exchanged for your cash. Having already headlined at Sonisphere Knebworth in the UK this Summer as well as Hellfest in France and various other festival events, Electric Wizard have a handful more shows currently announced, which are as follows:

Further updates will be forthcoming as soon as we receive anything. In the meantime, follow Electric “Fuckin” Wizard on Facebook at https://www.facebook.com/electricwizarddorsetdoom.