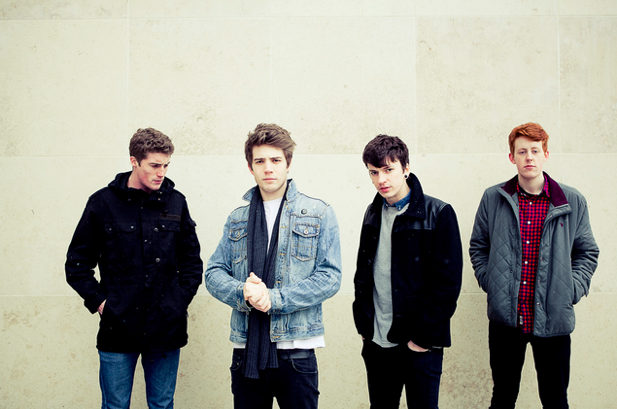 We caught up with “pretty boy’ rockers Canterbury at Sonisphere.

This Lisa Fox for Rock Sins, I am here with Canterbury.

LP:  My name is Luke Prebble, I play the bass.

So guys, how’s it going?

LP:  It’s going pretty well, yeah. We are pleased to be here at Sonisphere yeah. Enjoying ourselves.

How was the show?

LP:  It was really good. We just didn’t really have that many expectations, we had no idea what to expect. It’s quite a big festival; it’s a big one to be on. And it went exceptionally well, it was real good fun.

LP:  We’re not on the Phoenix stage?

JP:  No, no the Bohemia stage.

JP:  It is a big tent, yeah. I don’t think the main arena gates have opened yet, so there is quite a few people sheltering from the sun in there. So it was awesome, a full tent it’s a great, great feeling being up there in front of so many people. It’s the right buzz.

Are you guys going to check out any bands over the weekend?

JP:  We’re just here this evening. Probably if there is time now, go and watch Band of Skulls I think they’re on the main stage. And I would also love to see Limp Bizkit;and probably Prodigy as well. So yeah, a few. Three, three bands.

That is not too bad; going for one day and playing as well.

JP:  Yeah, we got lucky. If I could have come for a day, this would have been my day.

You guys have got a few festivals coming up; I wanted to ask you about GuidFest and TruckFest because  they are the same day.

JP:  They are the same day; we are going to have to race down to GuilFest after TruckFest and get there on time.

JP:  Big festivals on that day.

LP:  An acoustica thing later; so it is kind of like two shows in one. But yeah, this one is going to be touch and go.

What else have you going going on aside from festivals?

JP:  Nothing over the summer because it’s mainly just festivals full on.

LP:  We’ve putting out a new music video, putting another song on to the radio waves in the next couple of weeks.

JP:  Yeah, I was thinking live.

LP:  We forget about those kind things, leave it for the record labels to sort out. We’re more into the shows obviously. But yes, we release a single and there is going to be a music video for it in the next week or so, and these festivals. At the end of the year there is hopefully going to be a bit more touring.

You released a new album this year, Dark Days; can you tell me about that?

LP:  It is our third album under the name of Canterbury; our last two albums, our first album was written over essentially several years. You have all the time in the world to write your first album. The second album felt like a compilation of songs we had written over the last, was it four-year gap?

LP:  …or three year gap. And then this one was much more honed and refined. One project of music, “Here we are. Let’s write it, let’s record it and release it.” All in the space of about twelve months. Rather than…

JP:  Over a number of years.

How does that affect your writing process?

JP:  It is more focused probably.

JP:  You have one aim and you have a specific amount of time because we knew we had the studio booked for a certain amount of time and knew we had to get all the songs ready. So I think it probably makes us work harder and not be so happy to just sit around and scoop songs together and put an album out, and write an album as a piece.

LP:  Yeah, it’s not adding pressure because it is good fun. But it is reason to sit there, you’re more proactive about that vibe, “Here we go again and let’s write more songs”. And it’s not a hardship. That’s a good thing.

I don’t know if you are going to be offended by this or not, but let’s go with it; you guys are quite a pretty boy band, you are pretty boys.

How do you feel being in the rock scene, which is quite, how would you word it?

Well I wouldn’t say ugly necessarily, I was going to go for gritty, but let’s go with it.

JP:  No, I’m Joking. We are playing this festival obviously but I wouldn’t say we’re necessarily in the rock scene.

LP:  Well, we play Rock music I guess, we do. But Kings of Leon aren’t ugly guys and they are doing okay. I don’t think music is one of the things in particular that looks matter. Although, maybe with pop music it does come in to play but alternative music shouldn’t really make any difference for us. I don’t really think, I personally don’t even think about it.  If somebody thinks that we’re a pretty band, then…

JP:  Take it as a compliment.

JP:  It’s not like anyone’s ever come to us and been like “Oh, let’s exploit this.”  We’re not poster boys. Certainly not.

[Laughs]. You have put out your last album through Pledge is that right?

Are there plans to do more with Pledge in the future?

LP:  It’s a fantastic tool. It’s an amazing scheme, it is empowering fans to really be part of your record and be the catalyst that creates the record; and the means to be able to do that is an awesome, awesome thing to beable to do. It breaks down a lot of barriers between band and fan, not that we’ve ever had a huge amount of corporate machine in the way, but it just means that it’s us saying to you “We’re creating an album, do you want to help? Here is some stuff we can tell you for you to help with.” And people grip hole like ten fold more than what we thought they would. So it was brilliant.

The industry has changed so much in that respect; when Enter Shikari decided to release their album themselves it was a huge deal. Whereas now it seems to be a bit more accessible.

JP:  Well it is obviously good for music that music is more accessible for people, but at the same time there is also a lot of music out there. I’m not saying that there should be a quality control on it but sometimes I personally find it is a bit too much and I don’t want to listen to it and it’s just confusing but yeah. For us obviously, and in this generation it’s a great thing to be able to just put a song online and potentially have a million people listen to it.

LP:  For the album, for the one that just came out, we set up a label to do that, like inour bedroom, you mention Enter Shikari and it’s like a ground breaking thing. In reality it is a lot of work, administrative work. Not the tough, skilled labour; but it is doable, we know it is doable, we know it’s doable and with not all that much effort, which is awesome to know that can release music to the world on a budget.

Well that is it though; music back in the day, there used to be A & R people throwing money at bands.

LP:  Exactly, yeah. Now if an A & R person throws money, they get fired. There are not many risks being taken on that side which has meant the cause for the necessary guerrilla tactics. Bands like us, it is silly to say they are not being signed but it is difficult for a band like us to secure these huge money record deals because of the nature of the  beast, indeed, which thank goodness we are able to create our own infrastructure to be able to release our music otherwise it would just stay in the practice room.

Well it is less pressure on you guys in terms of having to please a label as well.

LP:  Yeah. We do have a record label at the moment that we released alongside Pledge but we’re still very hands on to be a 90% kind of  “This is what you guys should do.”  Rather than the other way around, which is obviously great. But I don’t know how we’d feel, we’ve been about for six years or so, and I don’t know what it would be like if all of the sudden some big fat cat took over.

[Laughs] Do you see music as a job?

JP:  It is just not the best-paid job.

LP:  Yeah, it’s obviously difficult; we are certainly not living in mansions because of it. It is quite hand to mouth really, the whole existence, which is almost part of the fun of it maybe.

JP:  It is definitely a lifestyle choice.

LP:  It is living because this is excellent, but we’re doing because we want to, it is not like survival. We could leave this at anytime but we’re not commercially successful yet. We’re not number one yet; we haven’t turned over hundreds of thousands of pounds but we feel we could be in a position where we could do that eventually. We want to obviously take it to that point but we’re fully living, working musicians, buying sweet cars.

JP:  I just want to go on holiday.

You’re obsessed with going on holiday. It is nice outside today though.

JP:  Remember we’re indoors, so we are missing out.

So one final thought; what is your Rock Sin?

JP:  That’s a massive sin, Luke and I share it.

That is your Rock Sin? Weed?

LP:  There it is, you’ve heard it first on Rock Sins “Canterbury are stoners.”

LP:  In fact, when we were playing today we walked on stage and somebody was smoking something amazing smelling, in the front row it must have been.

JP:  We were trying to play a show and it was all wafting in.

JP:  Like, whoever that is…”You just meet us later.”

Well, thank you very much indeed. 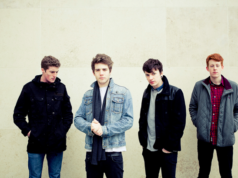 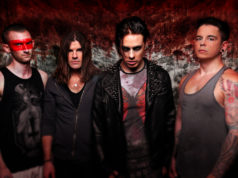 Interview with Protafield at Sonisphere