Off the back of their momentous headline performance at last month’s Download Festival where they played Hybrid Theory in it’s entirety for the first time ever (you can read our review of that fantastic event along with the rest of their set and Saturday at Download as a whole right here), Linkin Park have just announced their first full European arena tour for several years.

As part of the tour there will be two stop off’s in the UK at the end of the run of shows, with Mike, Chester, Brad, Rob, Phoenix and Mr Hahn appearing at Manchester Arena on the 22nd of November and London’s O2 Arena the next night on the 23rd of November. Main support on all the shows will come from Californian metalcore outfit Of Mice & Men. The full list of shows can be found below:

Prices for the shows are currently TBC. Tickets will go on sale this coming Friday (11th of July 2014) from Live Nation and Ticketmaster as well as the other usual online providers.

Of Mice & Men are absolutely delighted to be opening for Linkin Park, as you can see from what the band had to say about the tour:

“We are thrilled to announce our tour this fall with Linkin Park, a band that has been a major trailblazer for heavy music for over a decade. We are honored, and incredibly excited to be part of this amazing tour, and can’t wait to see our fans in the UK and Europe!”

Prior to this tour Linkin Park will be embarking on a massive US arena co-headline tour with 30 Seconds to Mars with AFI as opening act. Further updates on this huge UK and European tour including any additional shows or news on support bands as and when we have it. You can also head over to www.linkinpark.com for up-to-the-minute info from the band themselves. 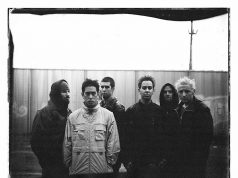