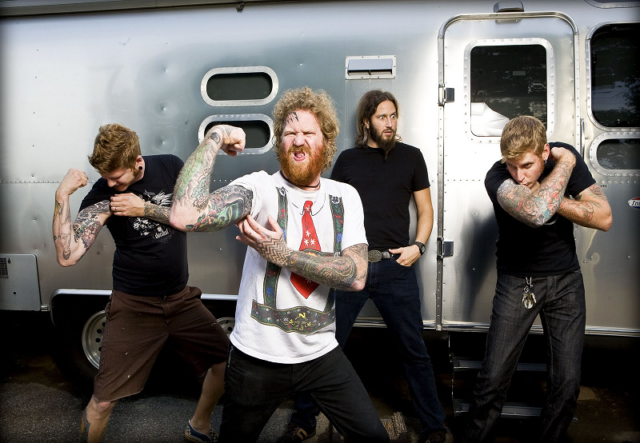 Another big success story for rock and metal in the UK album charts this week! Prog metal masters Mastodon have leapt onto the top echelons of the UK album top 40 with their latest effort, the eagerly anticipated Once More ‘Round The Sun.

It would seem that anticipation in this case translated into a good quantity of record sales because Once More ‘Round The Sun currently sits proudly at number ten in the UK albums top 40. They’re also neighbours of Linkin Park, who’s new album The Hunting Party has dropped from it’s high of number two last week to number eight this time around.

For those wanting to hear some of Mastodon’s new songs from Once More ‘Round The Sun in the flesh, your first chance will come this weekend as Mastodon appear as part of the impressive line-up on the final day of the returning Sonisphere UK at Knebworth House in Hertfordshire. Metallica will headline the final day with their special fan-voted “By Request” set. Tickets can still be obtained at www.sonisphere.co.uk.

Anyone who’s not heard any of the material from Once More ‘Round The Sun yet can check out the first single from Mastodon’s sixth album, titled “High Road”, right here:

Once More ‘Round The Sun is out now through Reprise Records and is available now at HMV, Amazon, iTunes and all good other CD and Mp3 supplies.