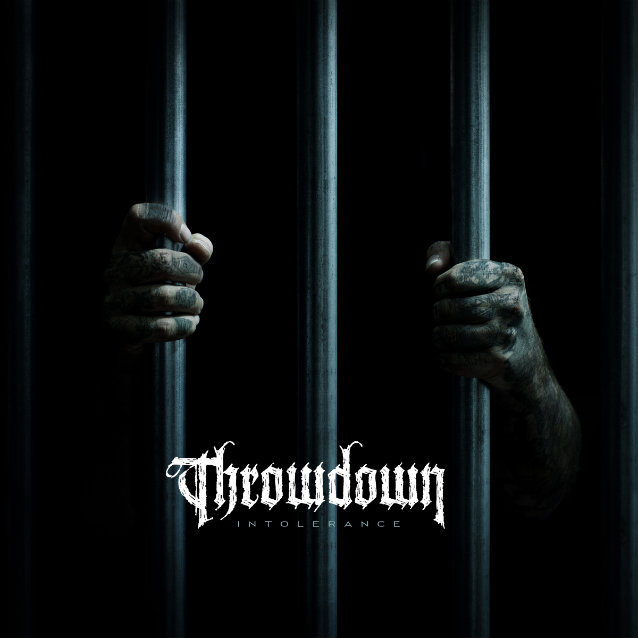 Having been a band for nearly twenty years now, Throwdown are well known for their ability to write a riff that hits like a speeding train and their abrasive, Phil Anselmo esque vocals. Their newest album, Intolerance is a short, brutal and in your face slab of hardcore. It’s nothing new, bearing heavy Hatebreed and Pantera influences, but it does excel at what it is.

With “Fight Or Die” the album starts as it means to continue, with a 2:27 blast of metallic hardcore. It doesn’t let this up for the next 28 minutes. With not a slow moment in sight, Throwdown have created yet another great, heavy as hell and slightly cheesy hardcore album. As with many hardcore releases, the cheese factor is mostly due to the preachy lyrics. This is especially prevalent on third track “Avow” with the chorus essentially being vocalist Dave Peters screaming about his dedication to the straight edge lifestyle.

Highlights include “Defend With Violence” which features a great “DEFEND” gang chant that is sure to get crowds spin-kicking to their hearts content at gigs, and “Cut Away” which is especially groove metal inspired, although does feature yet more straight edge references. Dave Peters voice is at its most gravelly on this track which suits the riffage behind it perfectly.

Breakdowns are becoming a tired art in 2014. Much of Intolerance relies upon their tried and true usage , though they do at least feel slightly menacing in parts, such as in ninth tune “Without Weakness”. This is one of the most interesting songs on Intolerance. It bears a death metal influence in its guitar work and song structure, along with being the fastest song on the album. It’s a blink and you’ll miss it afair, but it’s one of the only times where the breakdown genuinely takes you a little by surprise. Next track, “Born and Buried Alone” features a jazzy guitar solo, so Peters (who also plays guitar on the album) clearly has a few tricks up his sleeve, its a shame he doesn’t choose to use them more often, as this might have resulted in a slightly more interesting effort. Intolerance certainly isn’t bad, and if you like Hatebreed its definitely worth a listen or twelve.

Intolerance is out now on Nuclear Blast Records.