It’s Bloodstock Open Air time once again! Rock Sins is sending a contingent of the team to Bloodstock festival so thought we’d get James to make a list of the really awesome things to do and see that you might have missed about Bloodstock. Just to make it better for you. Aren’t we nice…

Because, let’s face it why do anything but for beer? As always, Bloodstock will have an excellent range of beers on offer at its numerous on-site bars. So if you’re spending on planning the weekend crying into a can of lukewarm Tuborg in the campsite then think again; it’s well worth pushing your comfort zone and just going through all the beers with the best names… you never know you might find your new favourite beverage!

Always worth checking out; even just in gaps between bands you’d like to watch on the mainstage the New Blood Stage is pretty much a guarantee of quality with each band representing the best that UK unsigned talent has to offer. It really is a showcasing of Britain’s best unsigned bands. Team Rocksins are especially looking forward to catching No Sin Evades His Gaze playing on the Friday.

Bloodstock will always be fantastic at booking those obscure bands you’ve never heard of, let alone listened to. Festivals are always the kind of event where you’ve got the chance to go and check out new bands that sound interesting. Even more so at Bloodstock where you’re really missing out if you just stay in the campsite all day, only venturing into the arena for the select few bands you bought your ticket for. If you’re not going home from the festival with at least two new bands then, frankly, you’re doing it wrong.

Last year, there were a host of “extra-curricular” activites to indulge in both day and night at Bloodstock. Last year saw some genuinely vicious battles between knights in full plate armour and there will always be the obligatory after hours DJ sets in the Sophie Lancaster tent. That’s not even going into detail about the revered Bloodstock tradition of ‘Bin Jousting’ in the camp site.

Luckily Bloodstock start bands on the Thursday evening which often provides a nice warm up to festivities proper. Last year saw the magnificent ‘Oaf’ bewilder, confound, and pummel before an all-metal tribute to the Bee Jee’s got a tent full of metal heads singing along in embarrassingly high pitched falsetto. This year there are, amongst others, the charmingly named ‘Balls Deep’ and thrashers ‘Incinery.’ Sure, it’s not to the standard of the other three days but its something to do on that boring Thursday night and often proves a good warmup before the mainstage opens on Friday morning.

OK so its hardly something you could miss… but Emperor will be of THOSE Bloodstock headliner sets comparable to Immortal in 2011 and Behemoth the year after it is going to feel like a genuine, stone-cold event. In the same way in which WASP and Motorhead’s headline sets from 2011 have been forgotten this Emperor set will still be being spoken about in years to come. Down and Megadeth may be perfectly worthy headliners but Emperor both appeal to the core of Bloodstock’s demographic and haven’t performed live, both in and outside of the UK in a very, very, long time.

Sure, Bloodstock is at heart a metal festival but that still offers plenty of room for those with an added punk edge to their sound. Hatebreed and Biohazard both play the Ronnie James Dio stage over the course of the weekend and, if previous experience is anything to go by, the Bloodstock crowd will lose their minds as much as, if not more so than many more traditional ‘hardcore’ crowds. Expect carnage.

So we may have already covered this with ‘Unknown Quantities’ but if you’re REALLY wanting a good guide to a few of the smaller bands to check out step this way….

Aghast!: Playing fairly early on the Sophie Lancaster Stage on the Friday of festivities Aghast! will bring their grin inducing, energetic, errrr… death metal to the grounds of Catton Park. Definitely one for fans of Black Dahlia Murder’s sense of fun, Aghast! are sure to blow the roof off the Sophie Stage.

Bloodshot Dawn: Opening the Ronnie Jamies Dio, also on the Friday is sure to be a big deal for this death metal four-piece. Definitely worth checking out if just to have your mind blown at how good they all are at their instruments

Winterfylleth: Another band playing the Sophie Lancaster Stage on Friday, Winterfylleth are a British black metal band, drawing heavily from the United Kingdom’s rich history to provide influence and themes for their music.

Evil Scarecrow: Second on the Saturday Ronnie Jamies Dio stage line-up, Evil Scarecrow drew a huge crowd when they played Sophie Lancaster last year. This year is sure to be no different, miss them at your own peril!

Voices: Former Ackercocke members latest project follows a very progressive/black metal path. Certainly an interesting preposition they will be well worth checking out if you’ve got a gap in your schedule on Sunday

No Sin Evades His Gaze: We’ve said enough about them elsewhere. Suffice to say, go and watch them on Friday in the New Blood Stage.

These are just a few of the reasons why you should be at BOA 2014. If you’ve yet to snap up your tickets, you can still buy both day and weekend tickets, as well as get all the festival information you need from the official website www.bloodstock.uk.com. Headlined as we’ve said by Emperor, Down and Megadeth, BOA 2014 also sees the likes of Amon Amarth, Saxon, Dimmu Borgir, Carcass, Children Of Bodom, Obituary, Lacuna Coil and many many more descend on Catton Hall for the UK’s annual true metal festival. Any last minute updates will be available here at Rock Sins, and we’ll have full coverage of the festival including live updates on Social Media such as our Instagram account so stay tuned for all things Bloodstock 2014! 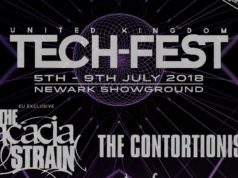 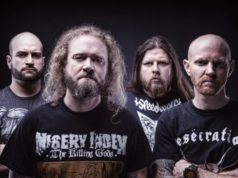 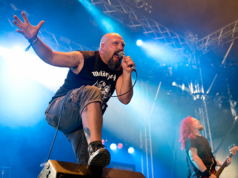 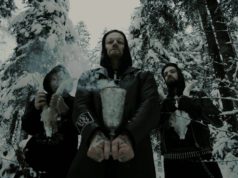