It came as a huge shock to everyone in the metal world when Evile guitarist Ol Drake announced he was leaving the band last year.

The remaining members, Matt Drake, Ben Carter and Joel Graham took some time out to take stock of Ol’s decision and what they had achieved as a band at that point and decided that the only course of action was to carry on, and that meant finding someone to replace their departing guitarist.

Replacing Ol was never going to be easy and the band didn’t want to rush into making any choice on a potential replacement and so they’ve spent months going through audition tapes from hundreds of hopefuls.

There was a clear favourite from quite early in the process and after months of auditions and rehearsals the band are confident that they have found the perfect man for the job.

‘We had to step back and ask what do we do from this point. We thought it would be a shame to stop it right now. We had to find the right guy, that’s taken time. I appreciate people have been waiting for news but we’ve got to spend time with this guy, get on with him, travel with him and he’s got big shoes to fill.’

Evile are excited to welcome Piers Donno Fuller (formerly of Fallen Fate) to the band, a guitarist who not only is a phenomenal talent but has also slotted perfectly into Evile on a personal level.

‘I’m massively grateful to these guys for letting me come on board. I’m learning all the tracks. Ol’s a fantastic guitar player so it’s not easy trying to work out his solos. We’ve got something in the pipeline for March.’ 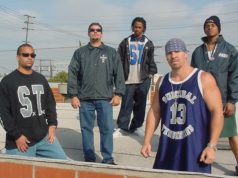 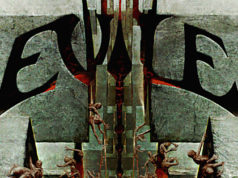 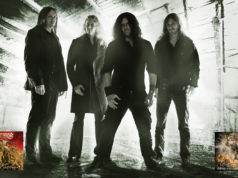 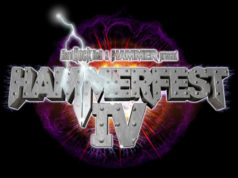