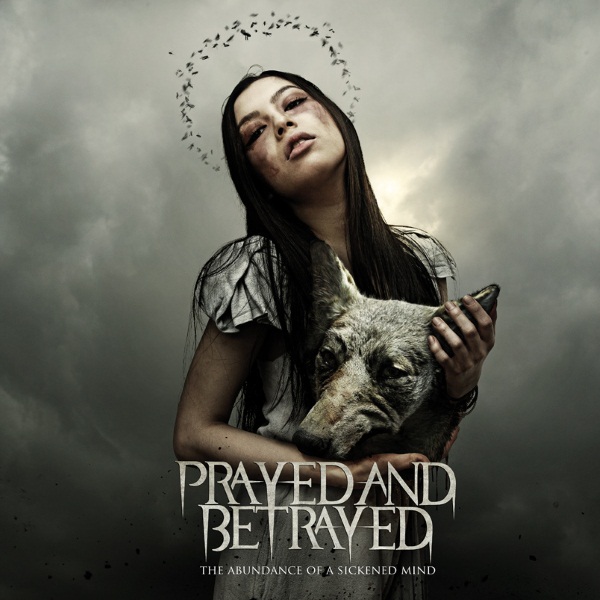 Finland is certainly a hotbed for melodic death metal bands. Having produced such greats as Insomnium, Ensiferum, Children of Bodom and Wintersun in the past, it’s now time for Prayed and Betrayed to enter the fray with their debut EP, “The Abundance of a Sickened Mind”. And it’s a terrific statement of intent from this band to attempt to emulate the success of its seniors.

Straight from opener “Deafblind” we’re introduced to a barrage of rapid fire drumming, unpredictable guitar riffs and venomous vocal assaults. The music can instantaneously jump from tremolo riffing to groovy breaks into melodic passages via fantastic soloing and it’s an absolute joy to behold. While not particularly varied, Tatu Hanhikoski’s vocals have that fury that makes them perfect for melodeath and, as he barks along to the title track, you can’t imagine anyone else fulfilling his role. The title track in question is also the most straightforward of the tracks, not shooting off in as many different directions as “Deafblind” and “World Surreal” and just plodding along at its own rate, but still delivering the punch that is needed in such a short EP.

The length in question is the only real fault to be found. When listening to this, it’s over just as you truly get into it and you’re left wanting more which, unfortunately, isn’t there yet. Three tracks clocking in at just under 12 minutes is not enough to satisfy many metalheads needs or attention, and they’re just as likely to forget about this promising band and go back to Insomnium as they are to stick around and wait for a full length, which is a shame because there is so much more to come from this band and the sooner they release it, the better.

Overall, this is a great taster from this promising new Finnish melodeath band. If they can release a full length sooner rather than later, then people are sure to catch on to the fantastic promise that these guys show and perhaps see them move on to greater things. Another great band to watch for the future.