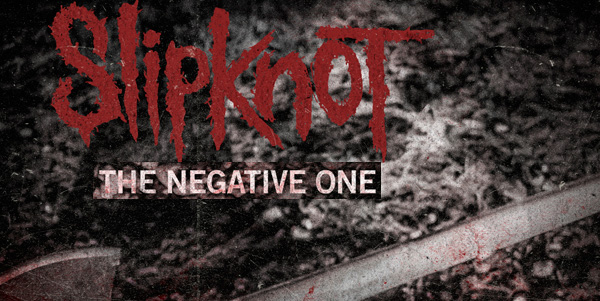 The final release of The Negative One video follows on from Slipknot’s three week teaser campaign which has featured short snippets of both the finished video and the song in different ways across the official website as well as Twitter, Facebook and Tumblr. The themes and imagery presented in the video are very much reminiscent of the way Slipknot presented themselves during the earlier part of their career around the self-titled and Iowa albums and it remains to be seen if there will be more of the same as the band build up to their as yet untitled fifth album.

More news has been promised from the Slipknot camp next week as the album promotion continues. There are several questions to be answered, such as who is behind the drum kit on this album and is that person a new permanent member of Slipknot or someone just filling in? Internet speculation has been pointing the finger at Lamb of God’s Chris Adler as one of many possibles (certainly wouldn’t be a bad choice by any means). There’s also the issue of whether bassist Donnie Steele will now take an on-stage role (mask or no mask) as he has played off-stage at Slipknot live shows since returning to the band after Paul Grey’s death four years ago. Will the band have new masks? These are just some of the open questions that will no doubt be answered as more news and music emerges, and Rock Sins will bring it all to our readers right here as it develops!