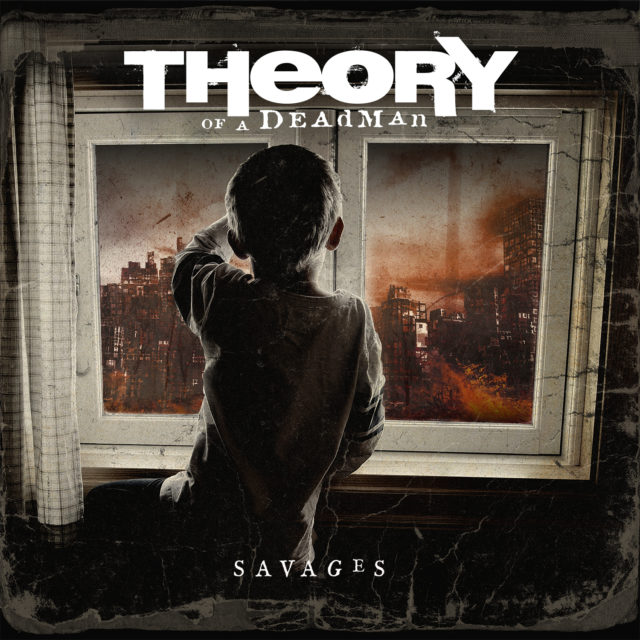 It seems after 4 albums of heartache, Theory Of A Deadman singer Tyler Connolly has finally moved on, to the desensitization of our culture.

“It’s such a different record for us,” Tyler comments. “I’m known as the guy who writes all the ‘breakup’ songs. It would have been typical to write more, so I did just the opposite. There’s something very brutal about our culture. I got nightmares from Terminator as a kid and, now, you can watch real murders on YouTube.  We’re so desensitized. I went from writing about crazy women to how screwed up we are. That’s the theme. I’d spend twenty hours a day at my home studio. I became a weird recluse, and I even grew a beard. I dug in deeper than ever for these songs. I just said, ‘Fuck it’ and went for it.”

If you’re a fan of the previous four Theory Of A Deadman releases then Savages will be right up your alley, they keep to the TOADM methodology and overall the album is a good listen. The album is radio friendly and if you’re a fan of bands like Nickelback then you are likely to love this album (Theory of a Deadman are actually signed to Chad Kroeger’s 604 Records label).

There are hints at great songs on the album, with the first track Drowning featuring drop d heavy guitars and dive bombing bass riffs. The title track Savages features rock legend Alice Cooper on a pretty good soft rock song. It’s just not hard-hitting enough for me and featuring the great Alice Cooper in a song you think it would stand out more.

Overall, Savages is not a weak release as such but really feels like it’s an album made for radio, for the casual soft rock listener. It’s a middle of the road album by a band who often struggle to make themselves stand out from the crowd and unfortunately for them this has continued on this latest album. It’s OK but not really this reviewer’s cup of tea.

Savages is out now on Roadrunner Records and 604 Records.