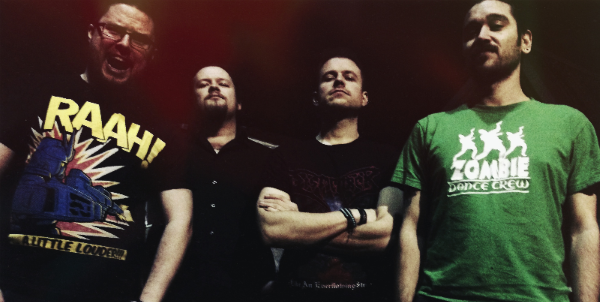 Having built up a fierce reputation on the live circuit over the last few years, including winning the London branch of Bloodstock’s Metal 2 The Masses competition a few years ago plus a second appearance at BOA 2014 just last month, Aghast! are finally gearing up to release their début full length album. The North-West London extreme metal four piece, who have also put in a recent headline appearance at Balstock 2014 at Baldock in Hertfordshire, will release “All The Rage” on the 1st of October 2014.

Having taken a number of years to get their début full length album released, after several E.P’s in that time, the band commented on why a full length record has taken quite awhile to surface:

“We have spent years experimenting and honing our sound. But you only get one opportunity to release your début album and ‘All The Rage’ is a statement of intent. It exemplifies every aspect of the Aghast! sound and our attitude to making heavy music. We wanted it to be brutally heavy with a recognisable groove and packed with hooks that people can grab on to. Heavy metal should be entertaining and fun to listen to and that’s what we feel we have achieved with this record. It is a thrill ride from start to finish and we hope that everyone can get on board with us!”

Those interested can check out the rather awesome artwork for All The Rage (which was created by comic book artist Zak Simmonds-Hurn), as well as the track listing for the album below:

Aghast! – All The Rage Album Artwork 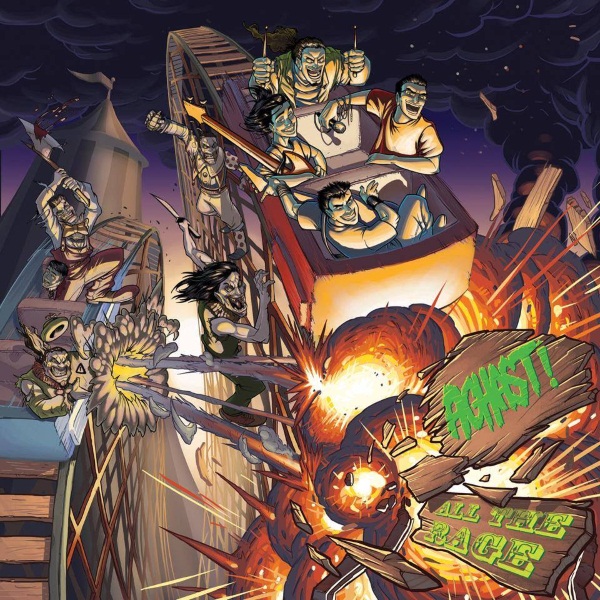 If you’ve not heard Aghast before (or even if you have), you can check out the lyric video for the album’s title track below:

As well as the release of the album this week, Aghast!’s first full UK headline tour kicks off tonight in Brighton at Sticky Mikes Frog Bar and continues for the next week finishing up in Manchester at Star & Garter on the 7th. Then there’s a pause before two London shows (one with Arsis) and a show at one of their traditional haunts, Hitchin’s Club 85. Full details of the tour can be found below: