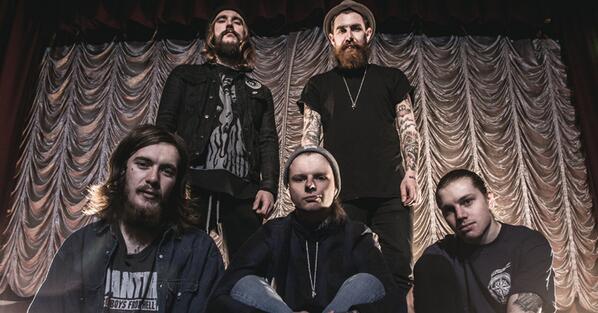 Following the release of their brilliant album Cult For The Haggard Youth, Rock Sins had the chance to catch up with Dead Harts at Hevy Festival. The band have really been making a name for themselves in the past few months and this was a great time to chat them to them about how things have been since the release of the new album and what’s happening for the rest of 2014.

Rocksins: So you’re playing the second stage today, are you excited?

Bax (Vocals): Yeah we’re looking forward to it, we played Hevy the last time it was on in 2012 so this is sort of the next one on, it was sick then so it will be good now.

Antony (Drums): Yeah definitely, there’s a lot of good bands on before as well which is absolutely mental, seeing us higher on the bill it’s like “do we deserve it” but you’ve just gotta step up haven’t you, I’m dead excited.

Bax: Yeah well every time we just go as mental as we can, that’s what hopefully we are known for that sort of thing which we do wanna be known for so we’ve gotta provide the goods, so yeah.

Antony: Again I’m talking about other bands all the time, that stage we’re on has got The Catharsis on before…

Antony: They go mental, 68′ are on after. They’re playing the same time as us which is really badly organsied is Palm Reader, amazing!

Rocksins: Even I’m gutted about that clash.

Bax: Out of the bands they are some of our best mates, we’ve toured with them loads.

Rocksins: Do you find playing shows a really cathartic experience? A lot of bands who have these crazy performances often say they are, is it the same for you?

Bax: I think with out style of music because it’s not your technical sort of… whatever if you didn’t put that feeling into it then it wouldn’t be the same. You just kinda have to do it, well not “have to” because it’s natural you know what I mean?

Antony: You just find yourself developing a style, and I think playing aggressively kind of almost lets you say “I don’t have to be that technical”, so it’s like the live performance complements the writing in a way so it doesn’t really inhibit it, just helps it.

Rocksins: So your new album Cult For The Haggard Youth has been out for a few weeks now, are you happy with how it’s been received so far?

Bax: Bit overwhelmed with it, it’s been really good. Everyone that’s bought it or comes to the shows and listens to the songs seems to be digging it more and more. We’ve got some sick reviews Kerrang and stuff like that so we’re pretty overwhelmed really.

Antony: All the press and the team we’ve got behind us now as well, to have really esteemed people in the industry put a stake in us is great. It’s a really reassuring experience this album where the last one we were a bit shaky about it.

Bax: We’re working with proper people now, in a good way to get us into the area we wanna be in which is good.

Rocksins: Have you been playing much of the new album live or are you still balancing the set with old and new stuff?

Antony: Yeah we do actually.

Bax: We did the Cult For The Haggard Youth tour which was obviously in promotion of that album, we were like “well we’ve gotta play loads off the new album” and then realised “wow people don’t really know these songs”. But towards the end of the tour we noticed people were really getting into it, within two weeks of the album coming out we had sing-alongs and everything. It’s dead nice to be playing bigger venues and filling them. It’s also nice seeing the kids catching on as quick as they have so we’re dead chuffed  with it.

Rocksins: You’ve got tours with Beartooth and Hacktivist later this year, are you excited to be heading out with those bands?

Bax: Beartooth, we played a show with them before and erm they were really nice guys, we got along with them very well. And then ending up actually getting on the tour, we all love that band so we’re stoked. And Hacktivist is obviously the Download Freezes Over tour which is gonna be next level, them boys are killing it right now.

Antony: I just found out they are playing Leeds and Reading main stage next week as well, how mental is that. We’re stoked to even be considered for a caliber of tour like that.

Bax: Met their vocalist yesterday and he was like “oh yeah we were asked to look at loads of bands and we saw you guys and you stood out”. We didn’t know of that, for someone to actually pick you out and Beartooth was after request, they were like “we played with these guys and they really kill it” so we’re really chuffed.

Rocksins: So there’s a lot of great heavy bands coming from Sheffield and around that area. Is there something in the water there?

Antony: It’s because there’s not a lot to do really, I dunno.

Antony: You played with people in school didn’t you, same with me and then through one channel or another Dead Harts has come to kinda be. But two of our members aren’t actually from Sheffield. One’s from sort towards Brighton way and the other is from Tunbridge Wells.

Bax: The original band was all from Sheffield though. But I dunno really it sounds pretty cliche  or whatever but where we come from is a lot different to other places. Not in any specific cool way or anything I just think that’s what drives people here because they’ve never been anywhere like it.

Rocksins: Do you think the success of bands like While She Sleeps has motivated smaller bands from Sheffield to try even harder to stand out and make a name for themselves?

Antony: Definitely, I think having bigger bands in the area gives smaller bands the tools to make a good sound like if there were no bands in the area a businessman wouldn’t invest in a building and turn it into practice rooms because there’s no bands around. But also you get younger bands being taken out with more established bands. Like Bring Me The Horizon taking out While She Sleeps and While She Sleeps taking us out.

Rocksins: That was a great tour.

Antony: Yeah that was an amazing tour, that was a really shocking experience for us.

Bax: It was the first big tour we’d ever done and we can’t thank them enough, we’ve known them all years and it’s amazing. It’s like what Ant said it’s a knock on effect of bands helping each other out. We just wanna keeps eyes open for someone we wanna take out.

Antony: Yeah I can’t wait, it’s good to do that for another band as well because it would be an amazing experience for them, seeing the look on their face when we tell them we wanna take them on tour.

Rocksins: Finally, you know there’s the zoo at Hevy Festival. If you guys could be any animal there what would you be?

Bax: (Laughing) I went to the zoo earlier and saw these little baboon things, these baby baboons and they were amazing so I’d definitely be one of them.

Antony: I’d be a Dominic Bass which is actually our guitarist, I dunno I’d be a kangaroo or something, like they almost have a super power. Like he can jump and shit, I like that. Dunno how high though.

Rocksins: Cheers guys thanks for chatting and good luck later.

Dead Harts album Cult For The Haggard Youth is out now on Transcend Music. You can also follow the band on Twitter at @deadharts. Dead Harts also start a run of shows as support to Beartooth on Beartooth’s first UK headline tour today (16th September 2014). The tour which also features Climates can be seen at the following venues:

Check with the venues or your usual online ticket provider for any remaining tickets. 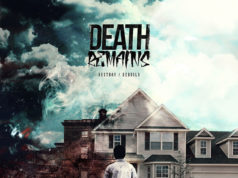 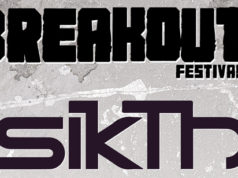 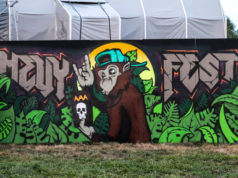 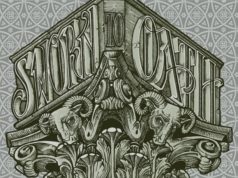 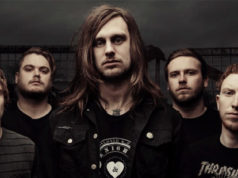 While She Sleeps – Live Review From The Borderline, London