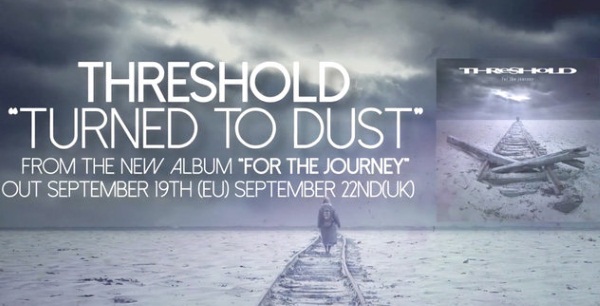 British progressive metallers THRESHOLD are set to release their forthcoming album ‘For The Journey’ in just a few weeks and in anticipation of the new album, the band have revealed a new track over on YouTube. Listen to ‘Turned To Dust’ here:

For The Journey is the successor to the band’s 2012 release March Of Progress and was produced by Karl Groom and Richard West at Thin Ice Studios in England. The album was mastered by Mika Jussila (THERION, AMORPHIS) at Finnvox in Finland and will be released on September 22, 2014 via Nuclear Blast. You can check out the track listing for Threshold’s For The Journey below:

.
Stay tuned for any further updates from the Threshold camp and we hope to have a review of the album here on Rock Sins in the next week or two before the album is released – so keep checking back with us on a regular basis!