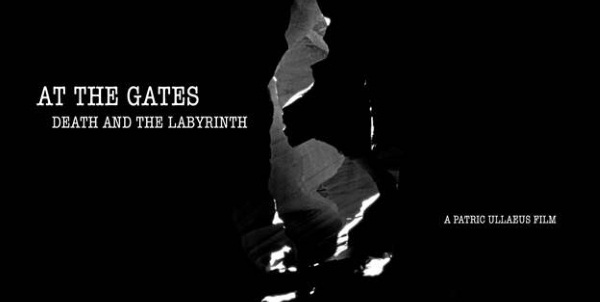 With the sonic assault that is the brand new At The Gates album, At War With Reality, just days away from release, the band have announced the release of a music video for the song “Death And The Labyrinth”. Directed by metal music video director extraordinaire Patric Ullaeus who’s worked with everyone from In Flames to Amaranthe, the clip offers the first public taste of music from At The Gates brand new album. Enjoy the very atmospheric video for Death And The Labyrinth below:

At The Gates vocalist Tomas Lindberg had the following to say about the Death And The Labyrinth video:

“We had a very special idea about the kind of approach we wanted for the first video from “At War With Reality”. What we needed was someone gifted enough to throw himself artistically into the project full on. The lyrics to the song are very multi-layered and surreal, so we wanted someone to create a fevered dreamworld that went with the melancholic frustration and dramatic desperation that we feel comes across in the song. This is exactly what Patric has created for us. It’s his vision of the music and lyrics, which compliments the track perfectly in my opinion. I couldn’t be happier!”

At War With Reality is available to pre-order in a huge variety of formats from the Century Media online store at the following link – https://www.cmdistro.de/Artist/At_The_Gates/1483.