Nothing More have been one of the breakout stories of 2014 in the rock and metal world. The San Antonio, Texas natives made their first trip to the UK back in June to play one of THE sets of the weekend at the 2014 Download Festival (read a review of their performance and the whole of Saturday at Download 2014 here). On the opening day of the festival Nothing More bassist Daniel Oliver was available for a chat, so our features editor Jamie grabbed him for a few minutes to talk their debut album, touring plans and Moe Syzlak.

This is Jamie from Rock Sins and I’m here with Daniel from Nothing More.

I know you’re spending a couple of days here (at Donington), will you get the chance to see any other bands while you’re here?

Daniel: We are, you know for some reason most festivals we turn up, we play, we do press and we eat and then drive five hundred miles *laughs*. But today (Friday) we’re hanging out all day and all night and tomorrow we’re spending the night again after we play at 5:15 but after that we’ll just be hanging out.
Jamie: Is there anyone in particular you’d like to see?
Daniel: You know I really want to see The Dillinger Escape Plan, and I really wanted to see Skindred but they just went on. And over the last year we’ve become good friends with the Chevelle guys, we toured with them quite a bit, so I’d like to go connect with them but I need to look at the line up, there’s just so many bands I can never remember who’s playing where. It’s like “Oh that was Rock AM Ring not Download”.
Jamie: Speaking of Rock Am Ring you guys played that last week didn’t you?
Daniel: We certainly did.
Jamie: How did that go?
Daniel: Oh it was phenomenal. First time in Germany, that festival is just gorgeous, it’s like it’s designed by Mercedes Benz. It’s in the middle of a race track so you can’t beat that.

Your album is due out next week (23rd of June) and it’s been quite a long build up process to the album coming out you guys must be quite excited.

Daniel: Very excited. It’s been a long process writing and recording the album and we’ve been waiting for this day and it’s nearly here so can’t be happier.
Jamie: What is the writing process for you guys? Do you all sit and write in a room together or do you come in with existing ideas?
Daniel: There’s a couple of different approaches. Most of the time we start with a musical piece which may have come from any of us, Mark’s like a musical generator, he’s our guitar player, he usually comes up with the initial idea and then we’ll get together in a room and jam on it until it becomes a self sustaining piece of music. A lot of times we’ll demo it from there and sit in the room, listen back to it and we’ll try to figure out what the song feels like or what it’s trying to say. From there we’ll craft the lyrics together but we have an interesting writing process because we all write and we all participate in every aspect of the song from it’s conception.

Your album has the dual themes throughout of water and fire, what was the idea behind the double concept?

Daniel: They’re just total opposites, it starts out with this idea of being dragged down by a grudge, or by bitterness and anger. It’s just symbolic, they’re the two most powerful elements on earth and this album has such an incredible amount of meaning to us. It’s about five years of life experience and stories that permeate every song from each of us that were very difficult for us and it just kinda came together like that. As heavy as all the stuff we went through to write this record was, it turned out how it did…
Jamie: And you guys survived and came out the other end.
Daniel: Right! And it’s been awesome to write about it and to have a lot of people to connect with about a lot of the things that we went through.

The “This Is The Time” video has a very strong visual concept, are there any plans to do any more videos in the same vein or indeed the opposite style (in relation to the dual themes)?

Daniel: I’m sure we will. Right now we’re kinda crossing the bridge of what the next single will be and that’ll determine what we do with the next video. But it’s something we love to do so we don’t know as of yet but we will be doing another video within the next month.

Is the main thing you’ve got lined up after this and the album release the Autumn tour with Volbeat and Five Finger Death Punch?

Daniel: It is, we’re actually going to do a headlining run before that all of August. It’ll be our first full US national headliner. But we’ve done a lot of regional touring in the Southern US and built our name up like that, this will be the first coast to coast with us headlining. But that’s the major thing right now and then we’re trying to get back over here to Europe after that.
Jamie: So you think there’s a fair chance you could be back in the UK before the end of the year?
Daniel: I think so, we’re hoping so fingers crossed!

I won’t keep you much longer, just one question we ask in a lot of our interviews, are you a Simpsons fan?

Daniel: Oh definitely!
Jamie: Do you have a favourite Simpsons character?
Daniel: Oh man that is hard. I don’t know, I love Moe.
Jamie: That’s a great choice.
Daniel: When they focus on his life a little bit it’s always hilarious in the most awful ways.
Jamie: He’s so depressing yet so funny at the same time.
Daniel: Exactly! I love how in one episode, I can’t remember what else happens in the episode, it might be the Mulder and Scully one and he thinks the Feds are onto him and he has to get the illegal Pandas out of the back, and one time there was a whale out there. It just makes me think we’ve played in so many bars that are so awful and you just think how do these places stay in business?! But it makes me think of Moe, there’s always something in that back room we don’t know about. I’m always hoping for pandas, or a whale, but it hasn’t happened yet.

Nothing More are indeed heading back to the UK before the end of 2014, as a matter of fact they’ll be in the UK later this week for a couple of shows with Heaven’s Basement and then they’ll be serving as the opening band on The Pretty Reckless’s huge UK tour (Heaven’s Basement will also be on the shows as main support). Details of those shows can be found below:

Tickets (where they are still available) can be obtained from www.seetickets.com. Stay tuned for any further Nothing More updates. In the meantime we’ll leave you with their new video for the song Mr Mtv. 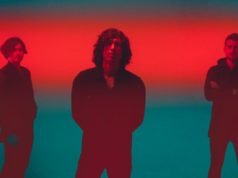 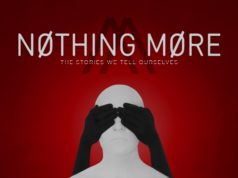 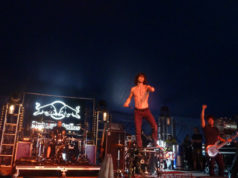 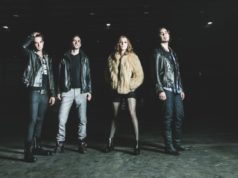