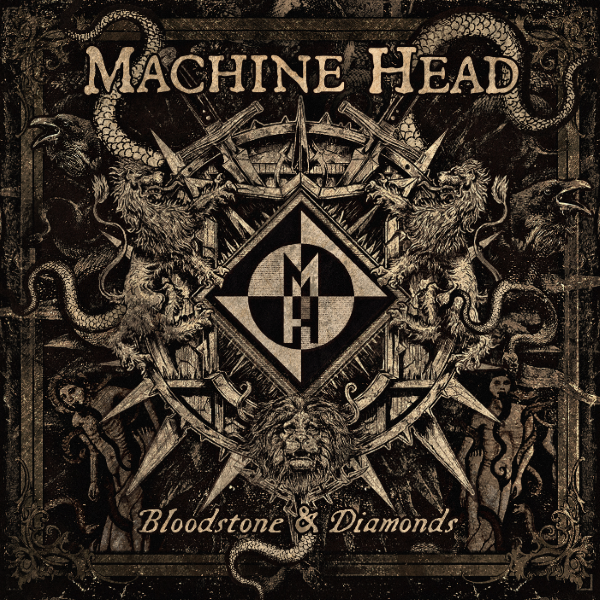 Overall Score: 8/10 Riffs: 10/10 Melody: 8/10 Evolution: 8/10 Pros: Sure to appeal to even the most casual of Machine Head Fans | New elements incorporated into the bands sound Cons: Overstays its welcome by a good twenty minutes | Anti-climactic closer

Bloodstone and Diamonds is certainly one of the more inventive releases of Machine Head’s career and witnesses the band forging forward while retaining a recognizably ‘machine head’ sound. In this respect it is very similar to Lamb of Gods’s 2012 effort ‘Resolution’ which, although largely the sort of Lamb of God album you might expect, also included a number of new additions to their arsenal in the form of clean singing, a thunderous Sabbath inspired opening track ‘Straight to the Sun’ and, most strikingly, female vocals and strings on rousing album closer ‘King Me.’ Same band, new tricks. This is very similar to what Machine Head have achieved on latest album Bloodstone and Diamonds.

Opener ‘Now We Die’ is heralded by string arrangements from Bring Me the Horizon’s Jordan Fish while the darkly magnificent ‘Sail into the Black’ features monk chanting. Elsewhere ‘Night of the Long Knives’ sees Machine Head’s mastery of dynamics put to good use with a mid-paced verse that leaps into the kind of breakneck thrash chorus that only the writers of ‘Blood for Blood’ could achieve. However, beyond the albums eccentricities there is still room for the standard fodder that have seen Machine Head propelled to the upper levels of heavy metal; ‘Eyes of the Dead,’ ‘Ghosts Will Haunt my Bones’ and ‘Killers & Kings’ could all be included in any Machine Head release of the past eleven years.

The best moments of Bloodstone and Diamonds see Machine Head flatten all but the best bands before them. It’s a riff-fuelled juggernaut that should satisfy all but the most picky fans of the bands back catalogue, yet, it still has its downsides. For one, the album is far too long at a running time of one hour, eleven minutes. Good as its best moments are there is simply not enough diversity in Machine Head’s core sound to hold your interest for a good twenty minutes longer than the ideal album length. Last album, ‘Unto the Locust,’ while much more musically expansive was also much more restrained in its overall running time clocking in at a respectable forty-nine minutes. Bloodstone and Diamonds is easily Machine Head’s longest album by a good ten minutes (Blackening is the second longest at one hour) and there’s just not enough variety to justify the need for such a long album. Secondly, the album again breaks the good habit of the last few Machine Head albums with a poor closer. ‘While We Die’ might be an excellent album opener but the closer of ‘Take Me Into the Fire’ has neither the standout excellence nor the impact of the last three albums closers; ‘Who We Are’, ‘A Farewell To Arms’ and ‘The Shades of Night Descend.’ It leads to a somewhat anti-climactic ending to the album.

Despite these faults Bloodstone and Diamonds is still an excellent metal album in a year in which the major names either didn’t release an album or straight-up failed to meet their expectations. Certainly worth a listen; especially for fans of Machine Head’s previous work. 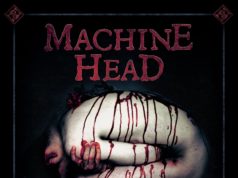 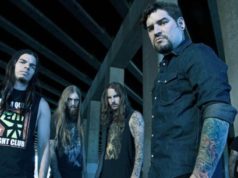