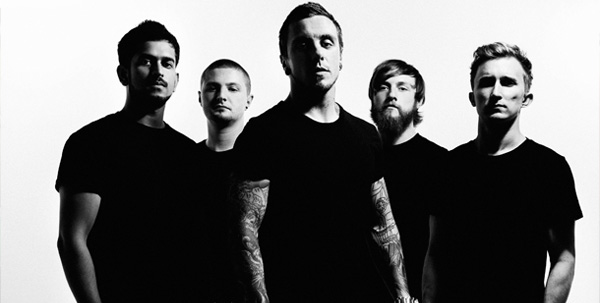 With days three days to go until Machine Head’s massive UK tour kicks off in force with a double header of shows at London’s Camden Town Roundhouse, we thought we’d give everyone a reminder of the tour and also confirm some news regarding the bands joining Machine Head on the trek across the UK.

Several weeks ago we brought our readers the news that former Killswitch Engage frontman Howard Jones new band Devil You Know were forced to drop off the tour due to unforeseen circumstances (you can read the full story of that here). After taking some time to find a suitable replacement, it has been confirmed that none other than the UK’s own rising metalcore superstars Heart of A Coward will be filling the vacancy, to take part in the biggest tour of their careers so far. Having recently completed a huge UK tour with tech metal pioneers Sikth, Heart Of A Coward are in top “road” form so they should provide one hell of a warm up for Robb Flynn and co. Darkest Hour round off the lineup for one of 2014’s most eagerly awaited metal tours. A full reminder of all the tour dates can be found below:

Tickets for the shows that are not sold out are on sale at the usual outlets like Seetickets, Live Nation and Gigantic priced at approximately £25 (£27 for London) plus booking fees and postage.