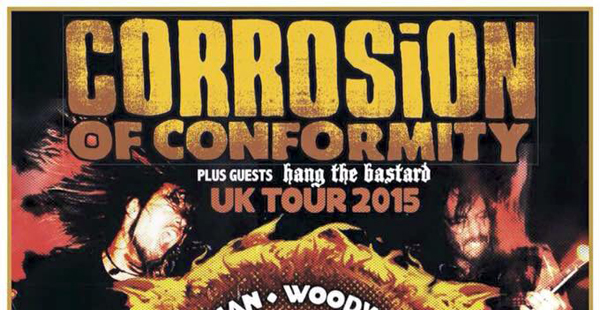 Hitting the comeback trail after their 2014 was derailed by a back injury to frontman Tomas Hubbard, Hang The Bastard have just made a huge announcement. London’s favourite Black Sabbath inspired sludge / stoner metal riff lords have just been confirmed as special guests for sludge / groove metal legends Corrosion Of Conformity’s first UK tour with original main man Pepper Keenan in almost a decade. Having just wowed the crowds in Belgium at the Ieper Winter Fest alongside their old friends Crowbar, this is another feather in the cap of Hang The Bastard as they continue their relentless march towards being the UK’s finest groove / sludge metal band.

The tour with Corrosion Of Conformity takes in six shows across the early – middle of March, culminating in the big London finale at the Electric Ballroom on March 13th. Full details of the tour can be read below:

Hang The Bastard will be continuing to tour in support of their 2014 critically acclaimed album Sex In The Seventh Circle, which scored a perfect ten here at Rock Sins when it was reviewed (read that here). They were also given the award of band of the year by Rock Sins own Matt Hill in his end of year awards (which you can check out here). HTB have also announced a series of headline shows to follow on from the tour with Corrosion Of Conformity, which are listed below:

Hang The Bastard will also headline The Black Heart as part of April’s Desert Fest festival in London in April. Stay tuned for even more show news (and other news in general) from our friends at Hang The Bastard. 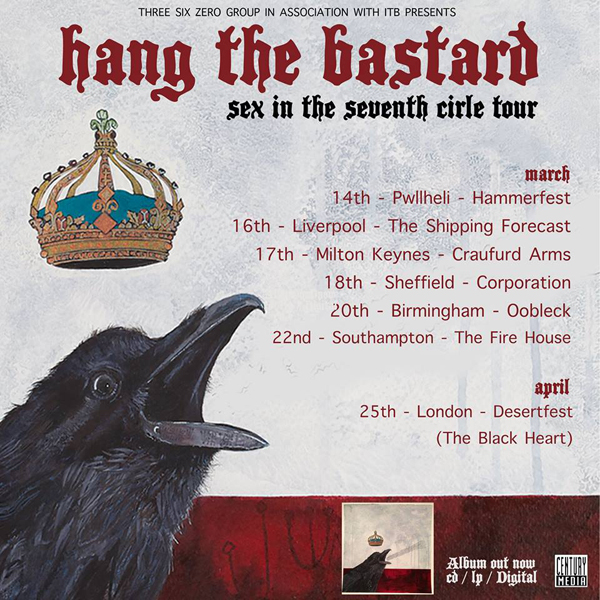 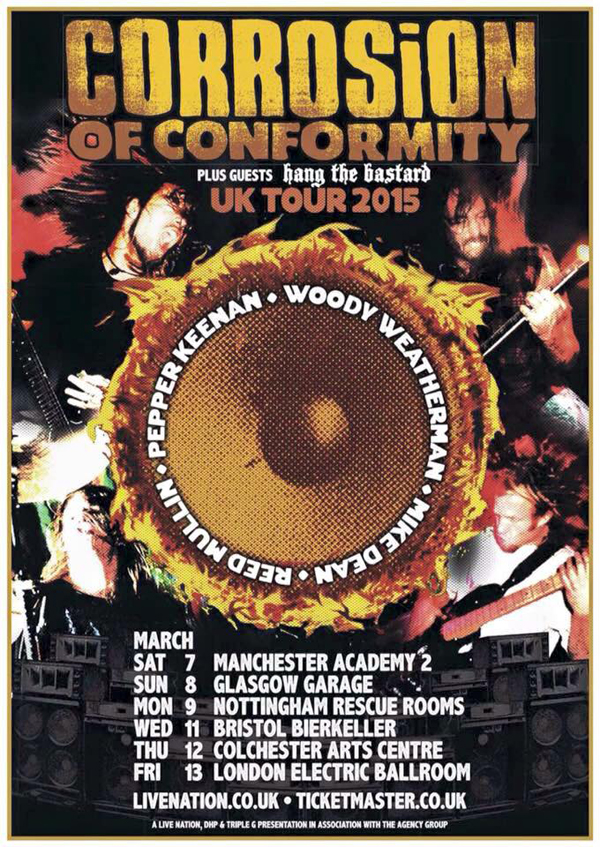 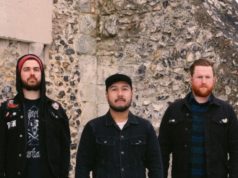