In the latest instalment of Rock Sins end of year awards for 2014, we’ll hand you over to the very capable hands of Lisa to run you through what made her musical year in 2014. All yours Lisa….

2014 was a phenomenal year for me, not just as a journalist but also musically. I attended 10 festivals, did over 100 interviews and finally dedicated myself to a career I love. 2014 was a year that proved to me that you can live your dreams, and if your dream is music then make it happen.

Anyway, enough preaching from me, lets talk about the highlights of the year!

1) Album Of The Year – Slipknot – Volume .5 The Gray Chapter

This will probably feature on hundreds, if not thousands of people’s list of the Best Albums of 2014. Do I care? Nope. Just because a lot of people love it, doesn’t take away from the fact that this album is amazing. It is incendiary. It ignites a spark in me that no other album has in a long long time. Actually, I have a feeling this album will be my favourite for many many years to come.

For the record, I would love to say People On Vacation – You May Not Believe In God, because it is a bloody banger of a tune. However to avoid potential accusations of nepotism I have gone with a curveball – ‘Let It Burn’ by Avatar. This song has the buzz, the fire, and all of the energy I love about metal. Oh and if you haven’t seen Avatar live then do it at your earliest opportunity. Their performance at Download was a contender for performance of the year, as was their show in Glasgow. Excellent band, great song! 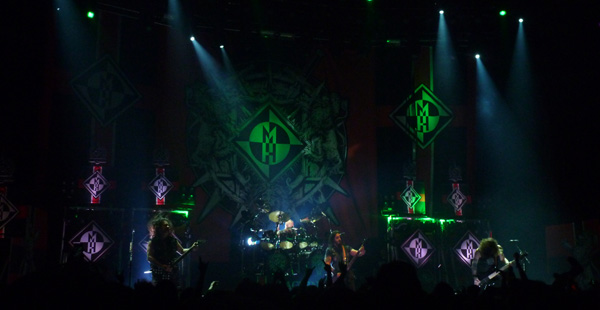 It’s hard to believe Machine Head have been on the go for 23 years. With a set clocking in at over of two hours, we were expecting something special from Machine Head…and wow did we get it. During that time there was a healthy focus on new album ‘Bloodstone & Diamonds’, a strong showing from ‘Unto The Locust’, ‘The Blackening’ and some excellent memories from older albums ‘Burn My Eyes’ and ‘Through The Ashes Of Empires’. What really brought this emo kid to tears was an unexpected rendition of nu-metal anthem ‘From This Day’. Amazing!

I went to at least 10 festivals this year, and to be honest, there were a lot of bloody good performances. I’ve dithered over this award for weeks now, but truly it has to go to one of the best comebacks of the year…Sikth at Download. After 7 years away they came back with a bang that surprised everyone, even themselves. I was expecting them to be good, but they were bloody marvellous. With a brutal mosh pit, every track was a stand out in its own right. What I will always remember though is the humbling and modest response from the band, they didn’t expect such a response, but we did. Welcome back Sikth! 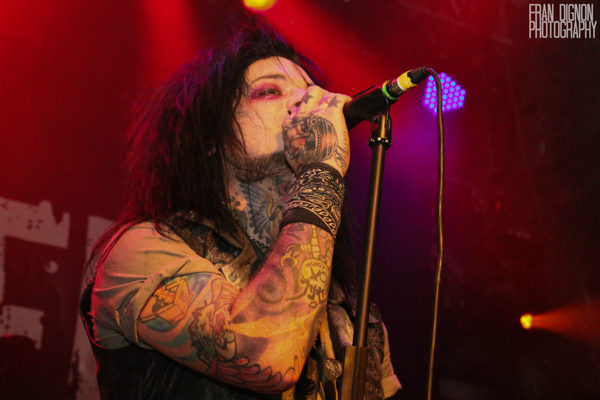 Ok ok so I know it’s not technically a music video, but it is a video with music in it, right? And let’s be honest, it would be remiss of me to not mention the first ever live show on a floating iceberg. The gig was part of the Jägermeister Ice Cold series, which sees artists put to the test as they perform in unconventional, ice cold conditions. For their turn, The Defiled performed on an iceberg near an island which neighbours Greenland, called Tasiilaq, which has a population of just over 2000 inhabitants. As if that wasn’t enough, after their set the band donated their equipment to the local community hall, which had been damaged during a storm causing the loss of all of the equipment inside. Awwww.

Having heard so much about Marmozets, and how amazing they are, I was genuinely dismayed when I heard their debut album. Weird and wonderful it was not, disappointing it was.  I understand that everyone has different tastes, but for me Marmozets are genuine testimony to the fact that you shouldn’t judge a band by the hype, make up your own mind. Maybe its their live show that makes them, but their album doesn’t particularly inspire me to check them out. If they play near me I’ll maybe see them. In the mean time, I’ll prepare for the sheep to stamp on me.

7) Band Of The Year – Raging Speedhorn 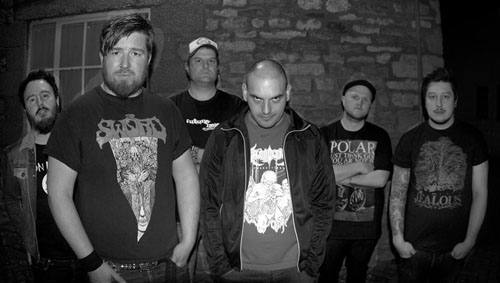 Not only was it incredible to experience the return of Corby’s finest hardcore superstars (it was also wonderful to see the return of Sonisphere Festival). We managed to catch Raging Speedhorn twice at Sonisphere, both performing their main set on Sunday but also a secret set on Saturday night in the guest bar. The band then made a  glorious return to form on the main stage at the Damnation Festival in Leeds. While both of these performances were incredible, neither quite matched the bands headline show at Ivory Blacks in Glasgow. Back together this year after a six year split, I couldn’t help but feel emotional as I watched the six piece give one of the best sets I’ve ever seen. Truly magnificent. It really was a Raging Speedhorn year!

You can follow Lisa on Twitter at @LisaFoxWrites. If you’d like to read the end of year awards by other members of the Rock Sins team then there are links below here: 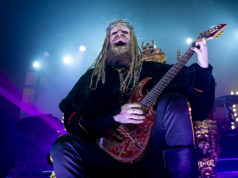