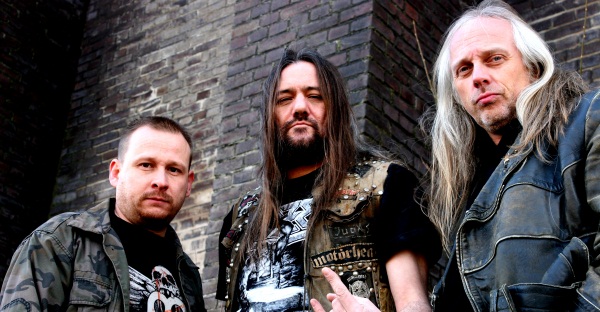 As with many of the best gigs, it was set against the backdrop of a cold wintry evening in London. None of this concerned the hardy metal souls queuing for tonight’s gig at The Underworld, with the chance to see Germany thrash legends Sodom in the flesh. Rock Sins had James Halstead on the scene to cover the riff filled festivities.

Divine Chaos (6) may have all the right elements are missing that distinguishing spark. All the best thrash bands have that distinguishing feature that sets them out from the rest of the pack: something Divine Chaos are sadly lacking. It doesn’t help one bit that the audience are also treated to a plethora of enthusiastic, yet ultimately tiresome phrases from their frontman. There’s a few interesting moments when a bit of death metal sneaks its way into the riff-work but even these moments are short-lived and ultimately frustrating.

Sodom, (9) on the other hand, are utterly glorious. The German thrash metal veterans have riffs to stand next to the Master of Puppets and Raining Bloods of our world combined with the rawness of Motorhead. Sodom’s punk roots really distinguishes them; blisteringly fast cuts like ‘Blasphemer’ and ‘Agent Orange’ sound like they’re going to fall apart at any minute while opener ‘My Final Bullet’s’ beautiful simplicity bludgeons all before it. There’s a nasty, simplistic edge to each riff as opposed some of the more out-and-out complexity of their countrymen Kreator. Of course tonight isn’t all straight-faced thrash metal; and there’s still time for a beautifully silly cover of ‘Surfin’ Bird’ and they even have time to pay tribute to one of their most obvious influences in a cover of Motorhead’s ‘Iron Fist.’

Sodom’s reliance on just playing as many songs as possible serves them well. Indeed, the stage show is so stripped down there’s not even the obligatory backdrop; just three musicians blasting out their songs. If you love thrash and you’ve never seen Sodom in the flesh, it is a wrong that needs righting. 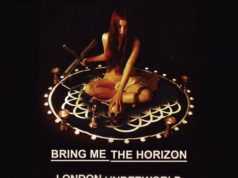