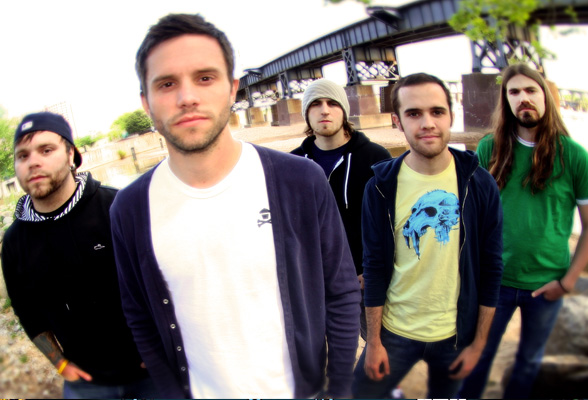 Much loved the world over by fans of progressive, mind and genre bending metal, Between The Buried & Me have announced a brand new album to be released this Summer. Titled Coma Ecliptic, it will be a concept album and the concept itself is a truly fascinating one. To explain it fully, here’s what the band had to say themselves on the matter:

Once again, the band has returned with an ambitious concept album. This time, the story follows the wanderings of an unidentified man, stuck in a coma, as he journeys through his past lives. Each song is its own episode in a modern day, sort of The Twilight Zone-esque fashion. The unidentified man enters each world and is offered a choice: stay, or move on to the next in search of something better, something more “perfect.”

Coma Ecliptic will be released on the 7th of July 2015 through the band’s long time record label Metal Blade Records. To celebrate the release of Coma Ecliptic, Between The Buried & Me will embark on a massive US tour throughout July and August 2015. They’ll be in impressive company, as main support on the tour will come from Animals As Leaders, with The Contortionist also performing on the trek. Full details follow below:

Between The Buried & Me, Animals As Leaders, The Contortionist: The Coma Ecliptic US Tour 2015

Ticket details and more information can be found directly at the official BTBAM website – https://www.betweentheburiedandme.com. Between The Buried & Me will also headline the second stage on the final day of the UK’s premiere post / sludge / drone metal event Temples Festival on the 31st of May. and more information on that is available at https://www.templesfestival.co.uk.

Stay tuned to Rock Sins tomorrow for when we publish an interview with one of the creative geniuses behind Between The Buried & Me, Thomas Giles, about both BTBAM and his solo album. We will also have further updates on Coma Ecliptic as we get closer to the album’s release. 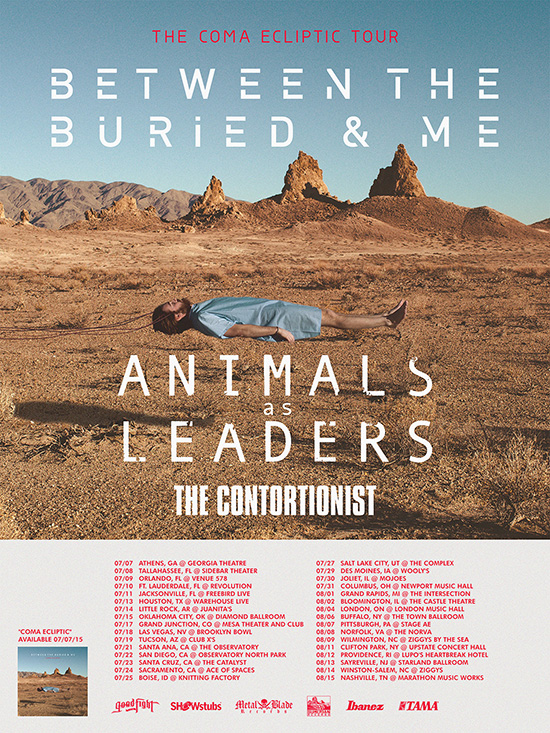