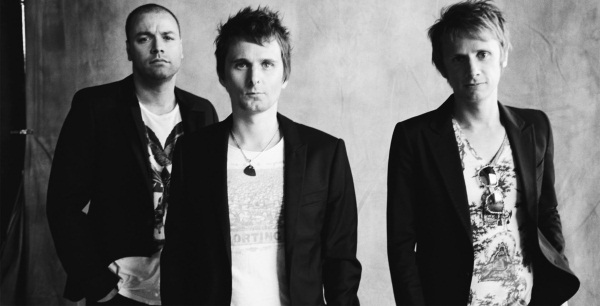 As far as surprise announcements go, Teignmouth rockers Muse announcing a series of dates just a week before playing them is pretty high on the list. Even more shocking was the announcement that the so-called ‘Psycho Tour’, named after the band’s new single, would take place in just six intimate venues around the UK, including the Manchester Academy – a venue they last played at 14 years ago.

The job of opening this tour fell to one of the UK’s most exciting new bands Marmozets (9), who kicked things off in fine style. As the lone support act for the tour, it seemed to many there would be a lot of pressure on the Yorkshire quintet to deliver. Thankfully, they did so in spectacular fashion. Kicking off with the funky ‘Move, Shake, Hide’, underpinned by Will Bottomley’s masterful bassline, vocalist Becca Macintyre and co. immediately grab the attention of the audience, and follow up with another seven choice cuts from debut album ‘The Weird and Wonderful Marmozets’. The band’s frenetic brand of rock is, for the most part, refreshingly heavy and yet impressively catchy, far removed and more mature-sounding than the math-rock stylings of their earlier EPs. It’s really in the slower numbers that Becca’s vocals really began to shine though, the mid-set balladry of ‘Captivate You’ and ‘Particle’ providing a far more melodic contrast to the other abrasively heavy numbers. That said, it’s ‘Born Young And Free’ and ‘Why Do You Hate Me?’ that evoke the biggest response from the audience, the former even causing a small mosh pit to open up. Even from just this eight-song set, it’s pretty clear that Marmozets are a band that’ll be on to much bigger things soon enough – and deservedly so. In the meantime, they’re simply something you need to see live at all costs.

Emerging to the pounding stomp of new track ‘Psycho’ and backed by a pyramid-shaped tubular lighting rig, Muse (10) immediately dispel any doubts in the room that they’d suffer without the elaborate stage shows of recent tours. Remarkably for a track released just ten days before, the audience appear to know every lyric – shouting them back at Muse’s frontman Matt Bellamy to his great amusement. Essentially what follows over the next hour and a half is a mixture of the band’s greatest hits and an extended delve into the more obscure areas of their back catalogue. ‘Butterflies & Hurricanes’ rarely aired B-Side ‘The Groove’ leads into ‘Bliss’ and ‘Dead Star’, much to the delight of the full-capacity crowd. It’s still the band’s hits that get the loudest response though – the sing-along to ‘Time Is Running Out’ threatening to tear the roof off the Academy. The music keeps coming though, as the band relentlessly tear through the best of their entire catalogue – mega-ballad ‘Starlight’ proving yet another high point. Ridiculously though, there’s yet more tricks up the band’s collective sleeves. The monstrous intro riff of fan-favourite ‘Supermassive Black Hole’ sparks a wave of excited jumping, before the synth-filled stylings of ‘Uprising’ bring on yet another mass sing-along. As the applause fades, the band launch into their second new song of the evening, ‘Reapers’, which already sounds as though it could be an anthem-in-the-making. Absolution-era B-side ‘Fury’ is next, bringing a touch more familiarity and reigniting the crowd once more. As things finally look set to wind down, there’s time for one final blow. The neoclassical-esque intro to ‘Plug In Baby’ has all 2600 or so of the audience singing its riff, while ‘Knights of Cydonia’ sees them jumping in unison and bellowing its now-iconic refrain back at the band onstage.

If anything, tonight has proved two things. Firstly, the future of British rock is in safe hands with acts like Marmozets. Secondly, it’s reaffirmed to many what they already knew – Muse are a band who are deservedly at the forefront of British rock, and they deserve that place immensely. 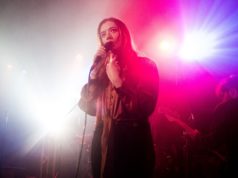