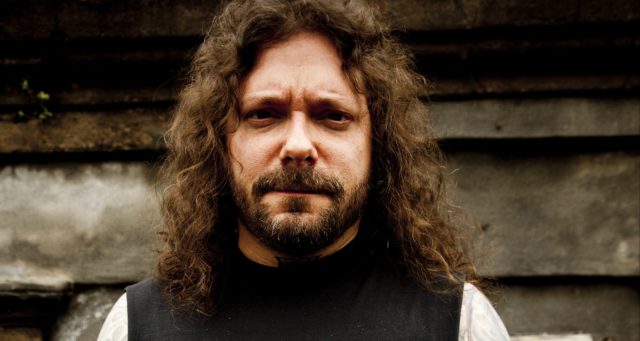 Despite immigration issues on gaining access to the UK, Goatwhore have just laid waste to Manchester with their unique sound of a combination of death metal and black metal. We spoke to lead guitarist and founding member Sammy Duet to talk about the band’s sound, the difference in playing at a festival and city shows on one tour and why people shouldn’t care too much about metal’s long-list of sub-genres.

So you just played an incredible live show in Manchester, how was that for you guys?

Sammy: It was fantastic! Manchester has definitely picked up for us, I remember the first time we played Manchester nobody gave a shit about us. We played with Immolation and Melechesh the crowd just wasn’t into it, you have a Louisiana band and we are all about death metal, it’s stupid the way things escalated. It’s like who cares any more? If you like death metal, black metal or if you like thrash metal who fucking gives a shit any more? As long as it is good music who cares?

Today you had problems getting into the UK with an issue with the ferry in France. What happened with that?

Sammy: That’s a totally different scenario. I mean being from the US and going through immigration in the UK they look at everything through the microscope. But we are here! That issue is over!

Very recently, the band has just finished playing Roadburn festival. With such a huge variety of bands playing that festival, was it a challenge for Goatwhore?

Sammy: Not really because with Roadburn, the majority of bands playing are doom metal and we have some similarities with doom metal bands. I mean we play a little bit quicker haha! So all of these guys are watching all of these bands that are so slow and smoking weed all day and then we get up there and just pick things up to an extent.

This tour is very much a combination of festivals and city venues. Was it a difficult experience playing a festival then to a normal city gig?

Sammy: We adapt to whatever is given to us. I guess that is our punk rock ethic, that we can adapt to whatever situation we are dealt with. Like we played a small-ass stage tonight and then we play a huge stage at Inferno Festival. We just go up there and do what we do.

The real beauty with Goatwhore is the combination of death metal and black metal and other styles here and there. Do you think with that you can appeal to every heavy metal fan?

Sammy: I would say that is more of a distraction, especially today. The people that go “I’m only into death metal” or “I’m only into black metal”, to try and cross that over is almost to make you try to not think like that any more. I remember when D.R.I’s crossover came out, that album was a cross-over punk and metal, there was no separation any more. It was just about the intensity of the music. If some dude has long hair or some dude has a fucking mohawk who cares? It’s just about the passion of the music.

Your latest record, Constricting Rage of the Merciless, has been out for just about a year. Have fans taken to the record?

So when it comes to writing, do you just want to do what your heart feels is right?

Sammy: Exactly! It has to be what feels right inside you. Rather than thinking about what’s going to sell more records.

Do you think that is a problem with the music industry?

Sammy: Don’t get me started! Haha

I know it’s early days but have already started looking towards writing for your next record?

Sammy: We already have three or four songs written for the next record and we are already working on them so we will see what happens!

So you still have this tour going on for another couple of weeks but you are playing Temples Festival in Bristol. What can fans expect from that performance?

Sammy: Expect the worst hahaha. There are a bunch of great bands on that festival, I mean Vallenfyre are playing before us and then right after us Voivod are playing. I think it is going to be amazing!

Do you think that is the best thing about European festivals, the huge difference in bands playing?

Sammy: Oh absolutely! As long as you enjoy the music it doesn’t really matter. It doesn’t matter if it is heavy or fast or slow. We come from sludge central in New Orleans, you have Crowbar, Eyehategod and all of these bands that are so slow but then you have a band like Goatwhore that is so fast. But we all do our own thing!

So with this tour and an appearance at Temples Festival, what else can UK fans expect from Goatwhore?

Sammy: Hopefully we will be back in September!

Thank you for your time Sammy!

You check out the review of Goatwhore’s excellent performance alongside Skeletonwitch in Manchester (along with our exclusive photo gallery) right here.