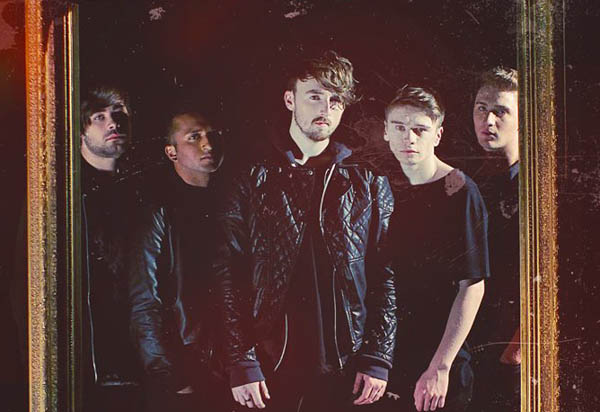 We caught up with Alistair Keenan (vocals) and Perry Sinclair (Drummer) from alt rockers dirt at Takedown Festival in Southampton. We discussed the bands sound, plans for the future and touring.

Are you excited to play?

What can we expect from the show?

PERRY: High energy, we’ve got some serious epic beats, it’s going to be a good show.

You’re a pretty new band, but you’ve been around as individuals for a while.

PERRY: Yes absolutely. Technically we’ve only been launched as a band for just over three months.

PERRY: Four months, yes, so it’s be a long three months since we dropped our first EP which Mirrors…

So what can you tell us about the band for people who don’t know who you are?

PERRY: Yes we spent a long time building the band, the preparation goes a few years back. We spent a long time getting our set on, finding the right members; it took a long time to find Alistair. We took him from Taking Hayley, the band. The sound’s definitely different but it’s worked really well, I think. This is our fourth show ever, so it’s a great start.

That’s one hell of a baptism of fire.

So how did you end up playing Takedown?

ALISTAIR: I think it sounds a lot quicker than it actually was, I mean essentially we formed as a band in January last year and then instead of just going “here we are”, we really took our time and tried out a lot of material. We wrote 16 tracks and edited it down to three. We really tried hard to be ready before releasing in to the general public.

That’s an interesting strategy because a lot of bands now they’re just like, “we’re a band let’s go”, and they come out running. You’ve deliberately taken your time.

ALISTAIR: I didn’t want anyone to see anything until we were really ready. You know, we weren’t prepared to release anything inferior. We were basically like, we may as well have called ourself OCD because we’re such perfectionists. As a band we spend a lot of time arguing over, well discussing, our ideas. We’re like a big married couple of five people.

PERRY: Yes it works so everyone gets their views across.

So where did the name come from?

PERRY: We definitely wanted something short but sweet, something to remember, and we came up with Dirt; it was a while back.

ALISTAIR: Yes it was.

PERRY: Everyone really liked the sound of it and the concept behind it was that we could contrast our position between the clean sound that we have and the name, of dirt. Its also ironic because we have a bit of a cleaner image than what you normally would think about it. I think our sound is different. It definitely doesn’t sound what you would expect it to be when you hear the name Dirt. We’re trying to define our name I guess.

PERRY: We’re making the name. We are the name, the name doesn’t make us. We make the name.

You’re just about to head out on tour?

ALISTAIR: Yes we are actually. Perry knows more about that than I do.

PERRY: Yes so mid-March we’re heading out on our first tour, it’s only four dates, but it’s a good like start for us. We’re out with Breathe In The Silence, Adelphia and Pavilions and we’re headlining the London show, on March 21st and then in April we’re doing our first headline tour. We’re from all around UK, so we’re doing all our hometowns, so he’s from Birmingham so we’re doing Birmingham, Liverpool and London and Essex.

PERRY: Well we’re actually heading in to the studio in two days’ time to record another single and there’ll be a sidetrack to go with that as well. We don’t want to rush ourselves in to releasing a full album just yet. Maybe we’ll be thinking about doing more towards the end of the year, potentially but for now we just want to, we’re really trying to hone in on what we are, who we are as a band, and really perfect our sound. Since we did the Mirror CD we feel like we’ve grown up a lot. I think it’s something to do with the fact that we’ve only just released, so we’re all really new and fresh.

ALISTAIR: We’ve learnt a lot from that.

PERRY: Oh god, Jesus Christ yes. Yes. I feel like we’ve really started to click and connect and push ourselves in a direction that we all feel like happy with, we’re all comfortable with and it’s something we can really be proud of. 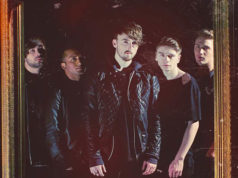 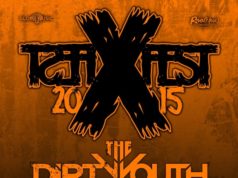