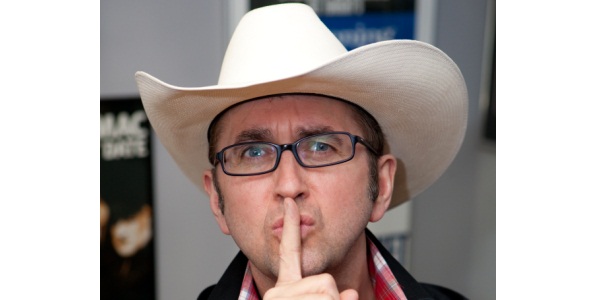 Download Festival’s main man and head booker Andy Copping is probably one of the busiest men in the whole of the UK. Yet somehow, with the good graces of the nice PR team looking after Andy and the Download Festival our features editor Jamie managed to pin Mr Copping down for a chat about this years’ Download Festival, finally snagging Muse and just who he was looking forward to seeing this year…

When we spoke around this time last year, we spoke about the band’s you’d not yet managed to get at Download and Muse were one of them. You’ve now finally got your hands on them, so that must be very satisfying and exciting for you in equal measures…

Andy Copping: Oh definitely. One thing I’ve tried to do with Download over the years is change things up a little bit, to try and find a new headliner, to get a band that hasn’t played the festival before and every now and then you’ll get a band who haven’t actually played Donington before. So to get somebody like Muse is really exciting and I’m so pleased to get them.

I think you surprised a lot of people in a good way by managing that because they’ve very much been a Reading / Glastonbury band for the previous few years whenever they have done festivals, which isn’t that often.

AC: For sure, and they are a great, phenomenal rock band so they’ll fit perfectly at Download. There’s a few people who’ve said they’re not right for Download, or they’re not really a rock band blah blah blah. They’re in for a shock. You go watch them and believe me they will blow you away.

With Slipknot’s comeback last year being such the force it was, was that a booking that was something of a no-brainer so long as they were agreeable to doing it?

AC: Yeah, we were talking to them about it for sometime. I am their UK promoter, I have a good relationship with the band and the management and they had such a success with the album….the tour was such a phenomenal success in January so I said to them lets not miss an opportunity here, you’ve got a good affiliation with the festival, come back and headline. They were a little bit unsure at first, they’d only played two years previously. But because there has been such a trajectory for the band, regardless of everything that’s been going on with them, with Joey leaving and everything else…things are never smooth in Slipknot world. But we all know they’re a great band and you know that they will deliver, so I’m looking forward to them.

One thing you’ve briefly touched on was talking about getting new headliners and one of the things we spoke about last year was just how keen you were to promote new bands to the headline level like with what you did with Avenged Sevenfold last year. Was it a case of by getting Muse that essentially fulfilled that criteria or was it a case of scheduling and there not being any appropriate band touring who were “suitable to push up the bill” to that next level?

AC: Well, it’s a little bit of everything. I can only book what’s available and that’s not always easy. I’m always looking for bands who could be headliners in the future and it is something I do get asked about a lot, who do I see as being the next Avenged Sevenfold or the next Slipknot, whether it’s bands that we have booked at the festival over the years and there are a number of them out there. Whether that’s Biffy Clyro, whether it’s Paramore, Bring Me The Horizon, You Me At Six, there are some really good young bands. Maybe Enter Shikari could be a band who could work their way up to headline status, maybe even Slash if he brings out another good record and does another phenomenal tour, we could see Slash headlining. But then there could be acts we’ve never even seen yet. It could be a band who aren’t even together yet, who could have a huge trajectory in their popularity and could be headliners of the future. Then you look at bands who haven’t headlined Download yet, Bon Jovi, Greenday, Foo Fighters, Blink 182, I’ve just pulled four out of the hat who haven’t headlined Download. Van Halen haven’t. Some of those have never even played Donington, Greenday and Foo Fighters and Blink 182 haven’t ever played Donington. There are headliners out there who I would very much hope we can get in the future and who can sit alongside some new ones who work their way up, as well as alongside the likes of Iron Maiden, Metallica, AC/DC, Rage Against The Machine or any of the other acts that have performed before.

To turn things on their head slightly, the last couple of years it does seem you’ve been able to book some more extreme metal acts such as Behemoth last year and the likes of Carcass and Insomnium this year. Is that a deliberate move to try and become even more encompassing as you’ve spoken in the past about how you like the variety at Download and it seems like you are doing your best to cater for even more people’s tastes.

AC: I just want to mix it up to be honest. and I can’t exclude certain acts from playing the festival for whatever reason. If you are part of the rock music church then you are valid enough to play this festival. Whether you are a black metal band or a punk pop band, a classic rock band or a metal band. Even an AOR band, you can play this festival. If you’re an emo band….whatever. I hate these tags that acts have but for me they’re all rock bands and they all have that validation as to why they should be at Download, and I think that’s what the spirit of the festival is all about. I have never, ever wanted to lose sight of that and in some ways I’ve created it.

Aside from the headliners, we’ve spoken about Slipknot and Muse already and KISS are well known for putting on a great live show, is there anyone further down the bill that you’re particularly excited to have this year?

AC: Well you know I look at the bill every day and it depends on the mood I’m in as to who I think I’m looking forward to. I’m looking forward to Faith No More, A Day To Remember, Rise Against, Billy Idol and Slash. I’m looking forward to seeing Lamb of God, L7, We Are Harlot, The Cadilac Three, obviously Judas Priest, the list goes on…Bodycount and Andrew WK, Suicidal Tendencies, even an act as crazy as The Lounge Kittens. Newer bands like Krokodil, there’s a lot out there I really want to see. I don’t know if I will get to see them all but I will certainly make the effort to.

Faith No More are a very interesting one because obviously six years ago they were headliners and they could be the perfect lead in for Muse, I think you surprised a lot of people with that combination and there’s lots of people excited to have Mike Patton and co back again.

AC: Well they’ve released the new album and if you remember back to when they headlined the festival back in 2009 I went to a lot of effort in helping get that band back together. It had taken over a year of negotiation to get them talking and to get them thinking about performing and playing together. It was going to be just a one off run but they’ve been getting on together so well that they’ve gone on and released a great record and now they’re back again doing great live shows. It’s brilliant to have them back.

Can you shed any light on what you are doing instead of the acoustic stage this year yet or is that to be revealed?

AC: It’s to be revealed but I don’t mind letting you know we’ve got this idea of doing a rock up and play stage, which is basically something where punters can come and actually play themselves. We’ll put our own band together on site. So that’s one of the plans we’ve got, and we also want to have a few acoustic performances by other bands on the bill. We know there are fans in the crowd who are musicians, so you can actually come up and play on this stage. That’s what we’re looking at at the moment though it’s not 100% confirmed yet.
Sounds very interesting. You’ve had similar before in the village with the Karioke stage so this is clearly taking that to the next level.
AC: It’s kind of along those lines. We don’t want it to be awful, and it could be *laughs* so we want to make sure we do it right. But plans are coming together.

Thanks for taking the time today and hopefully see you in a couple of months!
AC: No problem, you certainly will and thanks for the support.

You can follow Andy Copping on Twitter at @Maverick_AC. Anyone who would like to read our first interview with Andy back in February 2014 can do so on this link. Stay tuned to Rock Sins for the latest on the Download Festival 2015 including a preview of the festival coming this week, or head over to the official festival website www.downloadfestival.co.uk to snap up your tickets if you haven’t yet got them. 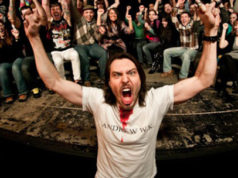 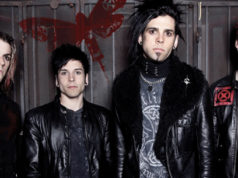