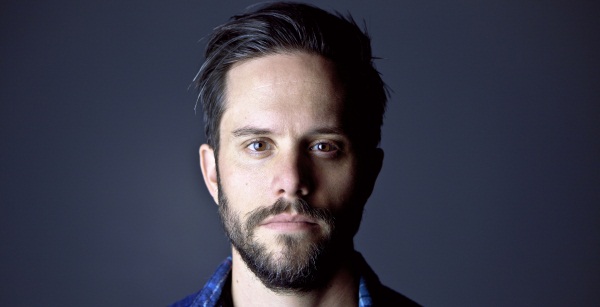 Thomas Giles is best known by many as one of the creative virtuoso’s (and lead singer / keyboardist) behind the much revered prog metal masters Between The Buried And Me. What may be known by less is that a few months ago Thomas put out a fantastic solo album in the shape of Modern Noise. He generally gave Rock Sins some of his time to talk to us about Modern Noise, the differences between writing his solo album and writing for BTBAM, and Danny Elfman amongst other things.

Hi Thomas, thanks for taking the time to talk to us! Your album, Modern Noise, has been out for a few months now. With time to reflect on it, are you happy with the way it turned out?
-I’m very happy with the outcome. It was one of the best writing/recording experiences I’ve had so far. It was a record I really needed to write mentally and creatively.

What has the response been like from the fans? Both in terms of fans of BTBAM and other people who may have found your solo album separately to your involvement in the band?
-They have been great! I never have much expectations because it is so different from BTBAM. But luckily our fans are very open to different things and have seemed to really embrace the music I’m writing outside of the band.

Is how you approached Modern Noise any different (or very different?) to how you would write for a Between The Buried & Me album?
-It’s a completely different process. Most of these songs birth from one  riff or idea. I like the fact that these songs are based around very simple song structures and chord melodies. That is the goal… to write the most organic songs that pop into my head.

Modern Noise can be described as wonderfully eclectic (that’s what we thought anyway), was it nice for you to be able to try different things almost without a burden of expectation that might be there with a BTBAM record?
-I’ve been very lucky writing with BTBAM to have the luxury of trying any and all kinds of writing styles… so either way it’s very satisfying creatively. But I think the unique thing with this record is I can tell what my day was like when writing certain songs. A lot songs are written quickly and without a whole lot of though… and obviously it is the opposite with the band. I wrote most of MN on the road with the band so each day I would wake up with totally different ideas from the day before. I think that’s why the songs are so different from one another.

Have you ever considered opening for yourself (the solo project on a BTBAM show / tour) – although we appreciate that might be quite taxing on your voice!
-I couldn’t physically do that… hahaha if it was a one off show maybe? But I doubt anything like that will happen in the future.

Are there any plans for touring your solo project here in the UK?
-I don’t have any plans of touring this record in general. We will see. Time and money are both huge factors and I can’t seem to find either lately!

Connected to the last question, are your attentions now more focused back towards the band, or have you got solo project activities lined up for this year?
-The band just wrote and recorded a new record, so my focus has 100% been on the band. But once we start touring again I will most likely start to write new music. It is very therapeutic for me on the road so I’ve found I really need to create when Im touring.

Lastly, to finish off, something we like to ask a lot of band members we interview – are you a fan of The Simpsons, and, if so, who is your favourite character (and why)?
-I am, but I don’t consider myself a die-hard by any means. It has been a part of my culture since I was a little kid. My favourite character is probably Homer. He has such a big heart and a small brain. The Simpsons would not be the same without him. My favourite part of the show however is the theme music by Danny Elfman. Such a great piece of music. Thanks for the interview!

Thomas Giles’ album Modern Noise is out now on Metal Blade Records. Thomas Giles and the rest of Between The Buried And Me will release a brand new concept album called Coma Ecliptic through Metal Blade in July. They will be touring in the UK in September 2015, the dates of which can be found below:

You can follow Thomas Giles (aka Tommy Giles Rogers to give him his full name) on Twitter at @tommybtbam). 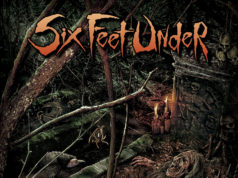 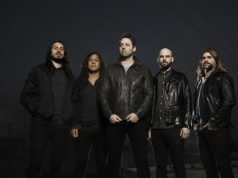