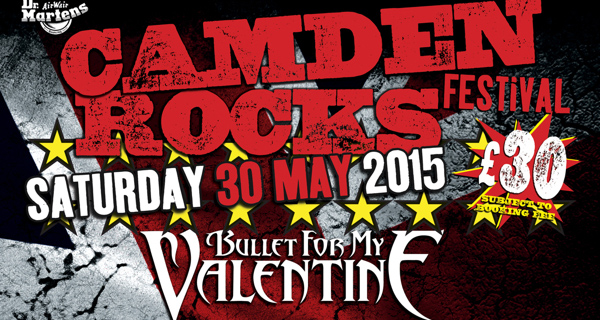 It’s all go in the world of Welsh metallers Bullet For My Valentine! The band have fired off a ton of announcements this week – but we’re focusing on the one that is coming up first. For those of you who haven’t heard, on Monday BFMV were confirmed as the surprise headliners for the 2015 installment of Camden Rocks Festival.

Arguably the biggest band to play Camden Rocks in it’s short but fantastic history, this news will see Bullet For My Valentine taking to the stage at the Electric Ballroom to officially cap off one of the best single days of music the UK has in it’s calendar all year. This will be Bullet For My Valentine’s only London show of 2015 and will be the first chance to potentially hear new material from their new album which will arrive later this year.

The festival organisers have unveiled a new video clip confirming Bullet’s appearance at this years’ Camden Rocks, which can be seen below:

Tickets for Camden Rocks 2015 are still available priced at just £30 for a fantastic day of rock, metal and alternative music and can be obtained from the festival website https://camdenrocksfestival.com/. Bullet For My Valentine join an enormous varied collection of fantastic artists such as Skindred, And You Will Know Us By The Trail Of Dead, Modestep, Funeral For A Friend, Ginger Wildheart, Turbowolf, Black Spiders, Fearless Vampire Killers, Feed The Rhino, Lawnmower Deth, Hawk Eyes, The One Hundred, Amaryllis, Ashes To Angels, Press To Meco, Creeper, Chinese Missy and many, many more. The full line up can be viewed at the festival website, or on the poster below. Stay tuned for further updates on Bullet For My Valentine, including news on their new album and a huge tour very soon. 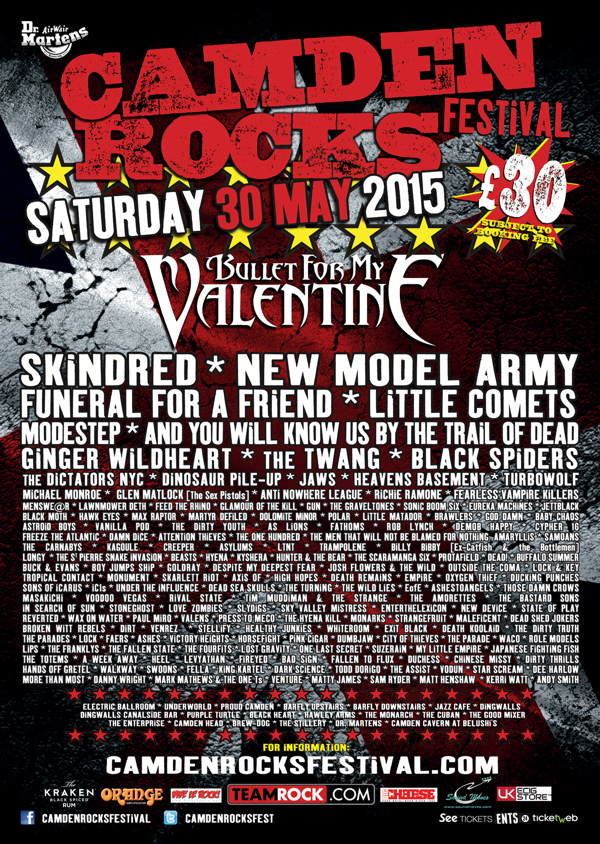