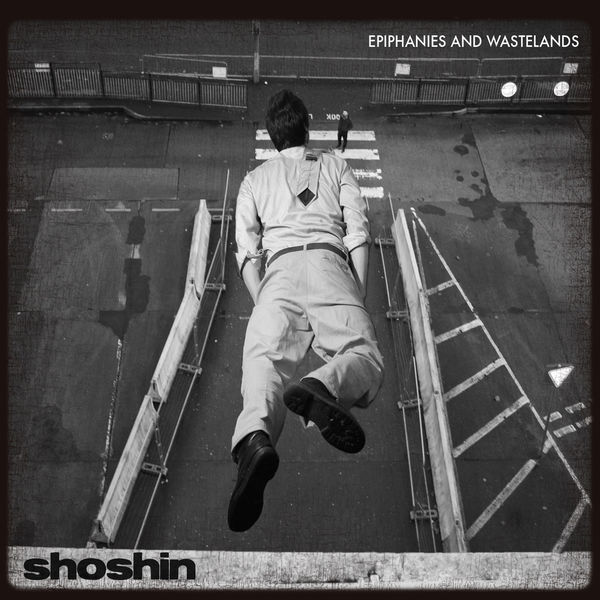 Shoshin, a Salford originated band from 2009. Why aren’t we hearing about them in ‘mainstream’ music news? They’re too busy loving the life they lead being a guerrilla and DIY band.

Playing street shows, ‘crowd-jacking’ other events, avoiding the popular music venues are what this band are all about and it displays brilliantly in their music. They are a band that have gone under the radar to achieve a fan base that will genuinely appreciate their music and what they want to achieve.

Their new album, Epiphanies and Wastelands oozes with attitude, angst and powerful messages. With pretty much the entire lyrical content on the record speaking out against the government, racism and religion, it is without surprise that Shoshin keep it all DIY and go out and play to the streets. They are a band that want their message heard.

Despite Epiphanies and Wastelands being an album full of attitude towards very popular and controversial subjects, the music that backs it is catchy. It grabs your attention, draws you towards the music and it is clever how Shoshin have gone around this because soon enough you’ll be singing the lyrics, the lyrics they want you to look into and understand.

With classic elements of Punk and Ska, the band have fused everything together with sheer brilliance and a love for what they do. Seeping through the cracks of Shoshin’s music on Epiphanies and Wastelands it is clear that they do genuinely have love for what they do, they have a passion for standing up for what they believe in and that makes the album stand out incredibly.

It is tracks such as Glass, Brick and Stone where the sheer passion the band have comes out. Swaying away from the upbeat tracks on the rest of the record, it indulges into a more emotional feel. With the lyrics that accompany, seemingly about the homeless and how they get viewed by the public – it is obvious as to why the band decided to take that approach.

Shoshin have found a way to alternate the mood of each track, determining on the subject they are putting across. Opening track, Same To Me is a brilliant example of how this is done, a track talking about religion and racism, how people are scare mongered against Islam. Same To Me displays frustration and anger effortlessly about the subject.

Throughout the entirety of Epiphanies and Wastelands, Shoshin carry this constant change in emotions to almost simplify to the listener how these subjects should make you feel. Without a doubt, it is an incredibly powerful record – Catchy, passionate and breaking all the rules, Shoshin are doing what they want to do with great success and brilliant music.

Shoshin’s Epiphanies and Wastelands is due out in the UK 25th May 2015. 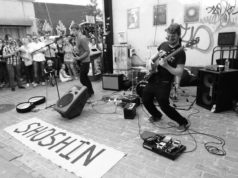 Shoshin – All For U.S – Single Review 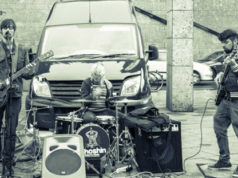 Shoshin Unveil New Lyric Music Video For All Of U.S