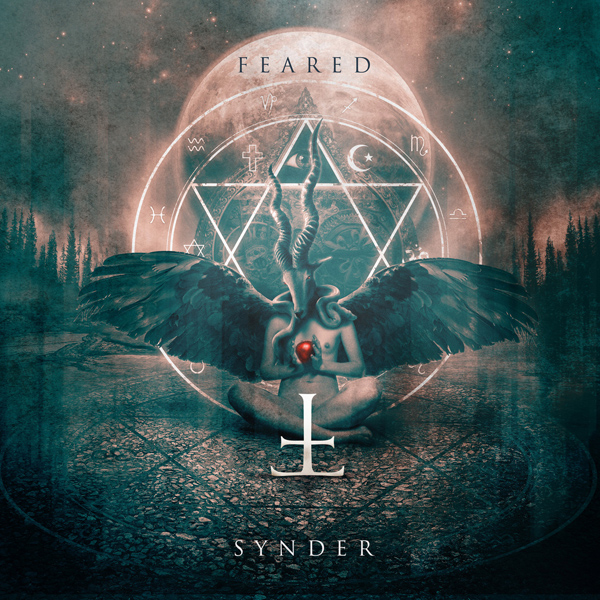 Ola Englund’s project Feared is back with a new album, bringing in journeyman drummer (and former Six Feet Under bandmate) Kevin Talley and bassist Jocke Skog to round out the band’s lineup from the two-piece it was with Mario Santos Ramos for their previous effort. New lineup assembled, Englund and co have managed to produce an album which further pushes the band’s progressive edge and shows the band’s evolution as a unit is something to be, well, feared.

Once the intro track is over, the album explodes into life with “Your Demise”, thus setting the tone for the next 12 tracks. Englund’s riffs pummel the listener into submission with Talley’s drumming on point and Ramos’ fearsome roar the icing on the cake. Early tracks present a more straightforward death metal sound, however, by “Caligula” the more progressive riffs start to seep in, and the melodies of the haunting  double-hit of “Dygder” and “By Silent Screaming” (with its fantastic music video below) show the true capacity of Englund’s powerful riffing. The tracks then start to rotate between progressive, melodic and groove-laden (“My Grief, My Sorrow” and “My Own Redemption”), providing a nice mix.

The problems that arise with this album are few, but when the progressive riffs are absent, the songs can start to blend into each other. Ramos has a powerful scream but shows little to nothing else in his vocal range, being rather monotonous and with zero variety, often relying on the riffs behind it. The low-end work of Jocke Skog can be heard at times but is all too often buried under the multiple layers of guitars in the music. The mix does its best to include all parts of the music, however, and the music doesn’t suffer from overproduction, instead providing a thick, multi-layered sound which compliments each member’s contributions when they are heard.

Overall, Feared have upped their game on this effort and should be able to further capitalise on this album in future, as long as the other members’ other commitments (Englund plays in The Haunted, Ramos in Demonoid, Skog in Clawfinger and Talley in God knows how many bands) don’t get in the way. This is a strong lineup and it would be a shame to see any changes affect the band’s progress.